Andretti: We were 48 hours away from doing the F1 deal 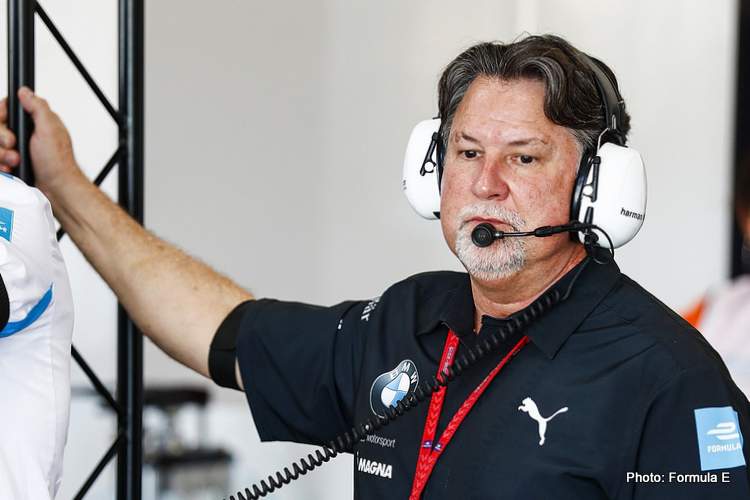 Michael Andretti revealed he was only “48-hours away” from becoming a Formula 1 team boss, but then negotiations for the Sauber (aka Alfa Romeo) team takeover went south suddenly and unexpectedly.

Around the time of the United States Grand Prix, in October, a deal was all but struck that would see the boss of the Andretti Autosports takeover the Swiss team and begin an adventure in F1 which Michael dreams of. But then it all collapsed.

Andretti told Racer: “F1 is the biggest racing series in the world and I think it could just do wonders for our brand. Internationally obviously, we are with Formula E and Extreme E, to do Formula 1 is the ultimate. I’ve always had interest in that.

“It was really, really disappointing that that deal didn’t come together. We were literally 48 hours away from getting the deal done at that time as we thought. I still very much would like to do it, opportunities are becoming less and less, teams aren’t really for sale right now.

“We have to see what happens in the future. There’s still interest. I love F1, it’s the ultimate racing experience, and for our brand would be just huge, it just takes us to the highest level you can be in.”

There’s always a Plan B or C. So we’re definitely still attacking it

Andretti looked back on the timeline on the deal that nearly was: “It was pretty busy. Around May is when it started to heat up pretty big, then it got crazy in August, and September, it was flat out, that time we thought we had a deal.”

“We were just trying to get it all buttoned up and unfortunately there were things thrown at us at the end that we couldn’t do it. It basically came down to control issues in the final hours of the negotiations. That’s what killed the deal.”

While the Sauber door closed unexpectedly and no other team up for sale at this stage of the sport’s history as it enters a new budget cap era and hopefull a more level playing field for F1 teams.

But Andretti’s F1 ambitions are not over: “There’s always a Plan B or C. So we’re definitely still attacking it. We’ll see what happens, but I’m not gonna give up on it. There could be opportunities that come down the road that aren’t here right now and we’re just going to keep looking for those opportunities.”

Regarding the experience and lessons learned, 59-year old Michael, son of racing legend Mario Andretti said: “I think there are some things you learn, you’re always learning, but would I say we could have done things differently? Probably not too much.

“We did a pretty good job of getting to the point of where we were at, I’m sure there’s things I learned, but would I do much different from what we did there? Probably not,” added Andretti.