Qatar Takeaways: The cherry on top of a triple header 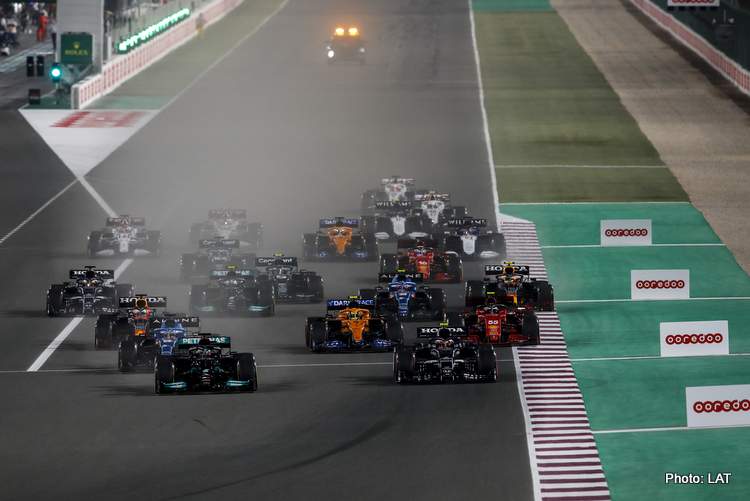 The Qatar Grand Prix was the cherry on top of the season’s final triple header, a new track with numerous unknowns playing into its outcome was not the only reason for that, as the narrative to what went down on that cool desert night had been building up since Mexico.

I am in no way referring to on-track action, as once Max Verstappen was kicked back to seventh on the starting grid, the writing was on the wall. Lewis Hamilton was going to have a cruise to the flag.

The only exciting part was Verstappen going seventh to second within six laps, but once there, it was clear the Dutchman lacked the firepower to attack the seven-time World Champion.

But ever since Mexico and probably the USA, the title fight has been taken away from the track to some extent, with politics entering as a third driver for the two duelling teams, with requests for reviews, doubting rivals’ cars’ legality, disqualifications, grid penalties… you name it, taking centre stage.

And that somehow has shifted the focus from where it should be, the Drivers.

Personally, I feel it was a pity, coming into Qatar, all we were talking about was the request for review Mercedes have lodged on Verstappen’s defensive move on Hamilton in Brazil, whereas, we should have been talking about Hamilton’s impeccable performance in Sao Paulo.

Red Bull wouldn’t shut up about Mercedes’ straight-line speed, “rocket engine”, and illegal rear wing, where instead, their Dutch ace was doing as impressive a job as can be in his showdown with the seasoned champion.

In Qatar, with everyone looking forward to the start of the race with the title contenders lining up first and second, the grid penalty handed to Verstappen served as an anticlimax to a weekend that (nothing against the penalty for the record), up to that point, has been building up with uncertainty being the name of the game.

Once the grid penalties were announced, it was certain that Hamilton would bag the win.

The highlight of the race was the podium for Fernando Alonso, who seemed to enjoy the Losail International Circuit, which will be the first of our Takeaways from the 2021 Formula 1 Qatar Grand Prix. 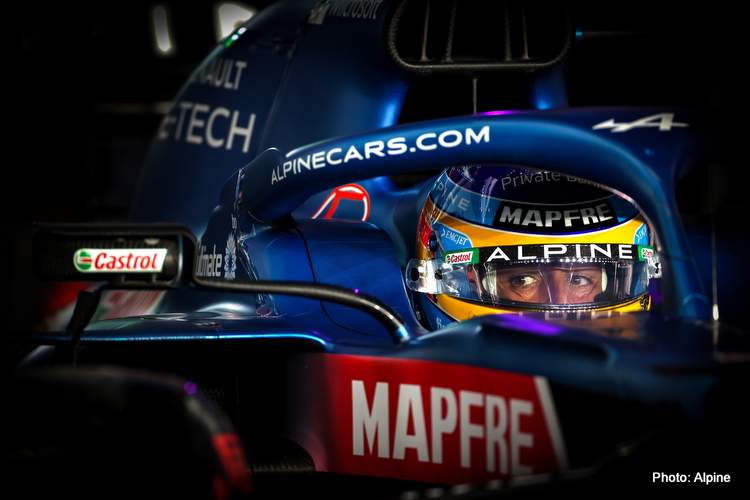 All these moments served as vindications for under-pressure drivers, whom we all wish well, but one guy was missing from the picture, a certain Fernando Alonso.

The two-time F1 Champion was solid on his comeback season, after spending two years away from the sport driving whatever he could get his hands-on and being 40 years of age, no one would blame us if we think that the Spaniard was over the hill.

But again, Alonso proved critics wrong, delivering consistently in a very inconsistent Alpine, offering us some entertaining race starts, and that masterful defence on Lewis Hamilton in Hungary, to which Ocon partially owes his win.

Which makes the Spanish veteran’s podium feel even better, as despite the grid penalties giving him a push up the grid, but it was his start and faultless racecraft that made him secure the best result of his comeback, as he made his one-stop strategy work on a day where the Pirelli tyres were at their misbehaving best.

It is always said, thay Alonso’s talent warrants more than the two F1 Titles he holds, and I am fully onboard with this statement.

However, I feel that it was always a case of “wrong place at the wrong time” for him, as well as he hasn’t always been a proper team member, playing the politics card a tad too much.

He seemed to have calmed down after his return, so will his second F1 stint be the one to deliver him an extra title? Maybe not, as age will play a factor, and Alpine are still on their first steps of development.

But what is sure is that, for as long as Alonso decides to stick around, we will be served with some classic “Nando” performance both off and on the track! 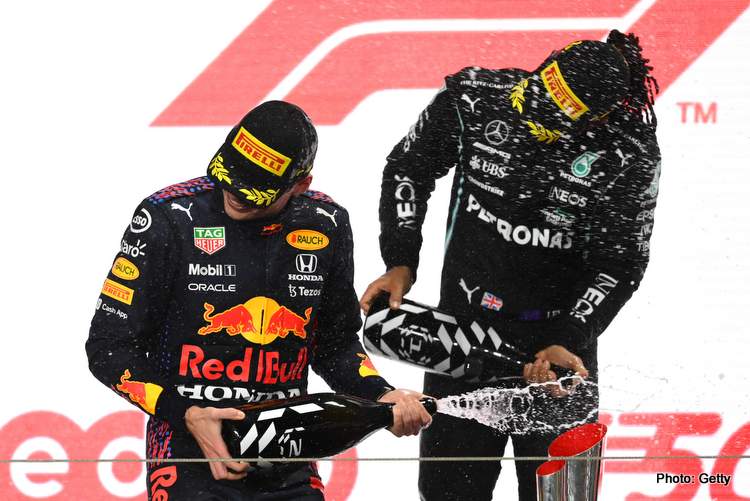 The two title rivals leave Qatar separated by eight-point gap in Verstappen’s favour, which with how things have been bouncing around this year, is worth jack.

After Mexico, the wind was blowing in Verstappen and Red Bull’s favour, but then came Brazil and we all know how that turned out.

Be it some magic “rocket engine”, a trick drag-dropping rear wing or some extra mojo Hamilton found lying around somewhere, the result was that the title leader has been dealt with a proper blow that has surely kept him on full alert.

Qatar did not help Verstappen’s title campaign as, despite the penalty, Red Bull had already dropped the ball, “not finding the right balance” as per Helmut Marko, and we all saw that rear wing on the RB16B, that belonged at the top of a flag mast, and not the rear of an F1 car.

Verstappen did his best to limit the damage but second was as good as it was going to get, and now the pressure is on him and his team to deliver two flawless weekends in Saudi Arabia and Abu Dhabi to secure the title.

Saudi Arabia is another dive into the unknown, and historical trends are pointless references, meaning that Verstappen’s win in Abu Dhabi last year can’t be taken as enough reason for optimism.

Hamilton and Mercedes now have the momentum, which does count, despite Verstappen believing otherwise, and with that said, the prospect of heading into Abu Dhabi with the two title rivals level on points is not an outlandish one, with the title being decided under the floodlights of Yas Marina. 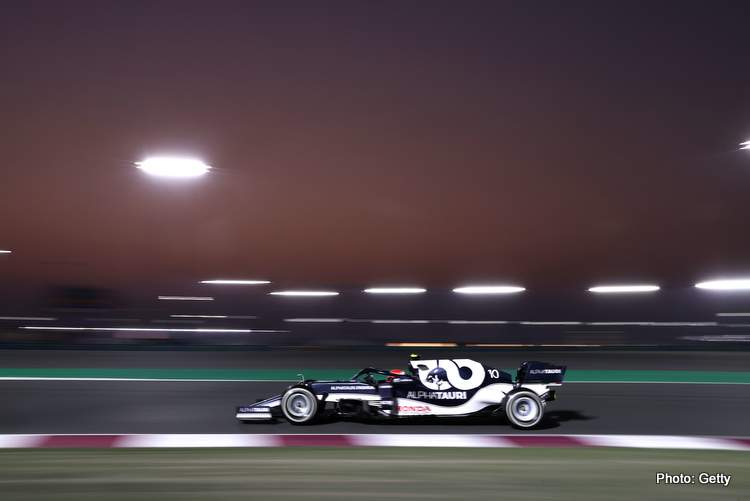 AlphaTauri’s Pierre Gasly was superb, qualifying fourth in Qatar. His mistake on his second Q3 run could’ve cost him, but so good was his banker lap that he didn’t lose out.

Now another consequence of his Q3 error was Verstappen’s grid penalty – at least Dr Marko might think that way – but the Frenchman didn’t give the Dutchman any trouble on race day, so that should have been partial redemption.

Moreover, race day turned out to be a total disaster for AlphaTauri, as on a weekend when both cars qualified in the top ten (Tsunoda was eighth on the grid), both cars failed to score any points.

Considering Gasly only, being the performance yardstick within the team, he has gone backwards on race day ten times this year for various reasons, making it a 50% hit rate for the Faenza-based outfit in terms of capitalizing on qualifying results. Not good enough, as they seem to have had a handy car over the course of the season.

On a side note, Red Bull’s junior team has affected them in Mexico as well with Yuki Tsunoda’s off-track moment during Q3 potentially costing them the qualifying. How interesting would the Marko-Tost-Horner discussions be after such incidents?

The Ferrari/McLaren fight as good as over 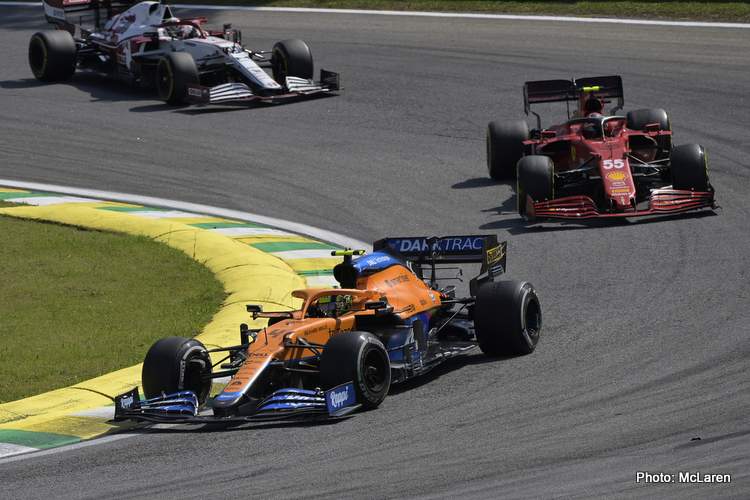 Zak Brown summed this up perfectly for his team after Qatar, saying “when it rains it pours”, and McLaren’s chances of taking third in the Constructors’ Standings are as good as wiped away by the pour.

In Qatar, only Lando Norris scored points for the team, two points to be precise, after looking good for fourth at some point of the race, only to be undone by a puncture, whereas Daniel Ricciardo had a qualifying to forget, and despite making up positions during the race, a systems error put him on an unneeded fuel-saving run which compromised his final result. Not that it would have been stellar anyway.

What made McLaren’s weekend worse is that they didn’t capitalize on a poorly-qualifying Charles Leclerc (due to a faulty chassis), as both Ferraris outscored the Papaya cars yet again, and by a margin.

When it rains it pours… our streak of poor runs and bad luck continued in Qatar today. Disappointing result with Lando in P9 and Daniel in P12 but we’ll push hard right to the end. pic.twitter.com/jEgAylLVe9