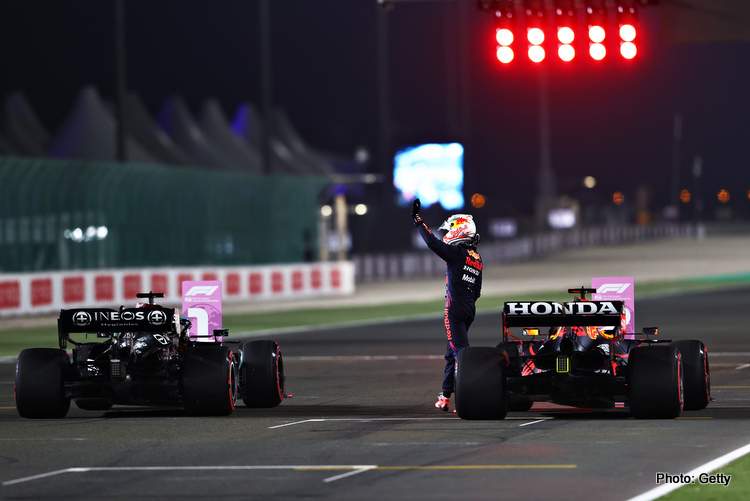 The highly respected former F1 driver put in his thoughts of the recently concluded Qatar GP – held at the country’s Losail International Circuit – in his post-race column on Sky Sports F1.

The 62-year-old reflected on the thrilling season F1 is delivering this year, with competition boiling off both on and off-track, between Lewis Hamilton and Max Verstappen, as well as their respective teams.

He wrote: “I’ve not experienced such intensity before, this is a season which is unfolding on a swathe of contrary opinions, camera angles, images, data, information, misinformation, social media posts, and not a little bitterness and mistrust. It felt more like a movie than a motor race on Sunday.”

Out of many talking points in Qatar, like Mercedes’ request to review of Hamilton’s off track moment with Verstappen at Sao Paulo a week before, and Red Bull’s ongoing doubting of the legality of their rivals’ car

However, the most dramatic moment, and arguably most intrusive into the race’s outcome, was the grid penalties handed to Verstappen and Bottas for failing to respect yellow flags in qualification at Losail, after Pierre Gasly damaged his car and ended up stranded on the side of the track.

Brundle, who recalled Verstappen telling him that he “doesn’t dwell on the ‘what ifs’ around for example his tyre failure in Azerbaijan and being skittled in the first corner in Hungary” gave his honest opinion on the Dutchman’s penalty.

“I thought the grid penalties for him and Valtteri Bottas were harsh on Sunday,” he declared.

“The FIA, who do a generally tremendous job in refereeing the highly complex world of F1, have had a torrid and indecisive couple of weeks since waving through the infamous turn four incident between the championship contenders in Brazil.

“I’m a fully paid up advocate that yellow flags must be respected as an absolute priority,” the Briton clarified to avoid any misunderstanding of his opinion.

“But from the cockpit on Sunday the drivers would have been on their final qualifying effort exiting the last corner with no visible flags, no incident warning lights on their steering wheel or messages from the pit wall, a blaze of red lights in the night time sky at the finish line indicating the qualifying session is over (one red light and the chequered flag would be sufficient), spotting the DRS activation line which had been re-enabled, pulling up through the gears whilst then working out what that car (Pierre Gasly’s three wheeling Alpha Tauri) on the right hand side was actually doing.

“There were mitigating circumstances to say the least and with no trackside yellow warning panels, but green panels on the pit wall for the pitlane weighbridge, I would have missed the relatively poorly lit sole marshal post correctly waving a flag or flags on the left-hand side every time,” Brundle maintained.

“The fact that Carlos Sainz was exonerated because he lifted off the throttle after the stationary car rather underlines the confusion, but rules are rules I guess,” he pointed out. “We were at a brand-new to F1 venue late to the calendar and that showed.”

Hamilton and Verstappen in a different racing category

Brundle is adamant that: “two championship protagonists usually raise their games to an altogether higher plane, they find an overdrive gear with which they can maximise every press of a pedal and turn of the wheel, on every corner and each lap.”

And according to him, Hamilton and Verstappen did exactly that in Qatar, of which he wrote: “Under the floodlights of Qatar, Lewis Hamilton and Max Verstappen appeared to be in a different category of racing such was their relentless pace out front in pursuit of critical world championship points.

“Those two drivers remarkably appear to be the calmest members of their team from time to time,” he insisted.

👀 Max Verstappen will be crowned world champion in Saudi Arabia if… #F1 pic.twitter.com/YjvggDMMpZ