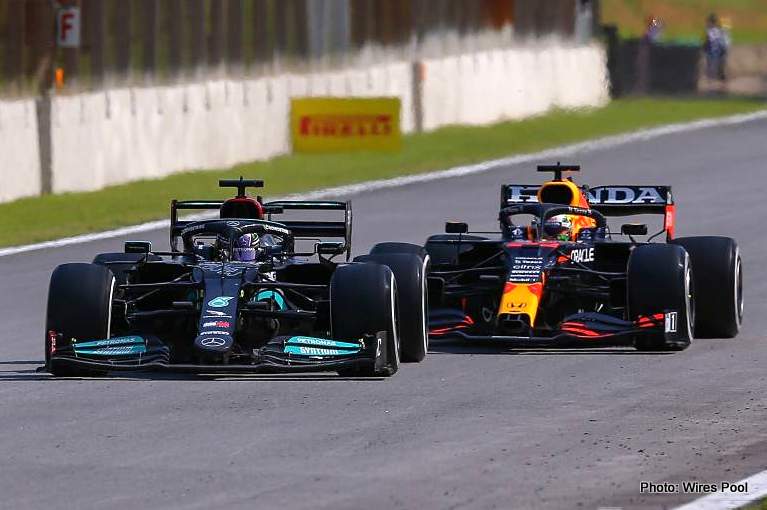 Helmut Marko was left fuming in the wake of the post-Brazil Mercedes pseudo-protest, and retaliated by shedding suspicion on their rival’s “masterpiece rocket” engine, just as the Qatar Grand Prix weekend gets serious.

Marko, like most of the Formula 1 world, was stunned by his fifth Mercedes PU Hamilton had in Brazil, admits that the pace unleashed, by what must be the best for last engine in the Mercedes litter, is blinding.

The Austrian and his team are still wide-eyed by what their rivals unleashed at Interlagos: “As far as I can remember we haven’t seen an engine like this from Mercedes in recent years. Incredible.

“It’s was just that Hamilton engine. All the others are in the normal range,” insisted Marko in an interview with Auto Motor und Sport.

Red Bull will be privy to the stats thanks to the GPS based monitoring tools, and will know how special that particular PU bolted to the #44 car is: “Mercedes has succeeded in creating a masterpiece by conjuring this rocket engine at this crucial stage of the championship.

“We are currently puzzled. We’ve called on Honda engineers to join us to solve this because we’d like to know how this was possible. We cannot compensate for it with our package.

“A new engine with us might produce three-to-five kW, but in this case, with Mercedes, one can see a good 15kW if not more,” added Marko suggesting, inadvertently or not, that the ‘special’ Merc PU – Hamilton’s in particular – might be dodgy.

Horner: It is important we understand where this speed is coming from

Whatever the case, Red Bull have signaled how far they are prepared to go if this contest gets any nastier, with three rounds remaining.

Needless to say, Horner echoed Marko: “It is important that we understand where this speed is coming from. When Lewis overtook Max, he was almost 30kph faster on that lap. We need to understand that.”

That was one week ago, so they might want to get an understanding, sooner rather than later, because, in Qatar, Losail International Circuit is a high-speed friendly venue where, only hours before Saturday’s qualifying, Mercedes were again ominous with Red Bull in apparent trouble.

Today, Valtteri Bottas topped the FP3 times with a best lap of 1:22.310s, a tad faster than teammate Lewis Hamilton, with Verstappen 0.341s off the top time.

For Q3 expect the World Champs to unleash even more, as they traditionally do.

But, word in the paddock is; Hamilton’s “masterpiece rocket” is not being used this weekend (subject to confirmation) with Mercedes opting to run it in Jeddah and Abu Dhabi, the final two races of the season.

Meanwhile, ahead of the race in Losail, much has been written this week about the Mercedes protest, and the resultant posturing between the two title-contending teams; Wolff declaring that the “gloves are off” between the rivals with Horner firing off “I don’t need to kiss his arse or anything like that.”

Red Bull advisor, speaking to NextGen, Marko was also unamused: “It all came to nought, as we had planned. It was clear that it was unnecessary and stupid. Even Toto said in a press conference that it is a question of principle or philosophy or I don’t know what.

“He only has this to do in his office! For us, it was tedious for the team because our engineers, who’re supposed to work on the car, had to prepare documents instead.”

Red Bull have also pointed a finger at Mercedes wing and DRS, as they ramp up the tit-for-tat that has prevailed between the contenders since the start of this season in Bahrain, back in March. Watch this space!