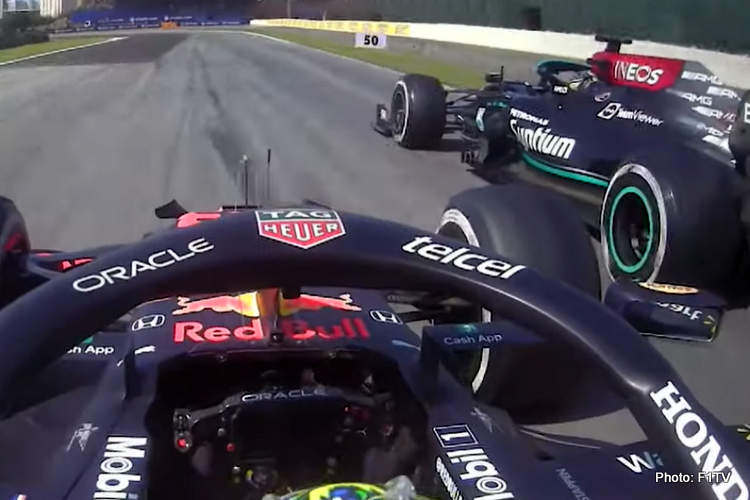 Much has been written of the Battle of Interlagos between Hamilton and Verstappen, which the former went on to win but not without a robust fight for the lead during an enthralling race. As has happened so often this year, the incident had divided fans and pundits into two camps of opinion.

This is what the stewards found:

“Whether this footage is ‘significant’ is really a question of whether or not it is likely to change the initial decision of the stewards.

“In the pertinent example brought forward by the competitor from Austria in 2020, none of the footage available and viewed at the time of the decision showed a yellow flag visible to the driver [Lewis Hamilton].

“However, the new and previously unavailable 360⁰ camera footage, which was downloaded the next day, clearly showed that the yellow flag was visible from the car and the driver was penalised for failing to slow down.

“In that case, the footage absolutely changed the decision of the stewards and was thus significant.

“During the hearing, the competitor asked that if the stewards were unconvinced of the significance of the footage, to be given the opportunity to present its view in that respect.

“Following the initial part of the hearing, the stewards gave the competitor the opportunity to do so, there being precedent for this.

“The previously unavailable footage was played, and the competitor also presented the footage in a side‐by‐side comparison with the previous lap. “As noted above, the stewards often must make a decision quickly and on a limited set of information.

Footage shows nothing exceptional that is different from the other angles

“At the time of the decision, the stewards felt they had sufficient information to make a decision, which subsequently broadly aligned with the immediate post‐race comments of both drivers involved.

“Had they felt that the forward‐facing camera video from car 33 [Verstappen] was crucial in order to take a decision, they would simply have placed the incident under investigation – to be investigated after the race – and rendered a decision after this video was available. They saw no need to do so.

“The competitor’s position is that this new footage provides sufficient information for the stewardst o come to an altogether different conclusion than they did previously.

“However, the stewards determine that the footage shows nothing exceptional that is particularly different from the other angles that were available to them at the time, or that particularly changes their decision that was based on the originally available footage.

“Unlike the 2020 Austria case, in the judgement of the stewards, there is nothing in the footage that fundamentally changes the facts. Nor even, does this show anything that wasn’t considered by the stewards at the time.

“Thus, the stewards determine that the footage, here, is not ‘Significant’.”

What will be significant is explaining to F1 drivers, ahead of the Qatar Grand Prix, and the other two remaining races, what the accepted rules of engagement will be as new limits appear to have been set with the decision to allow them to race in this manner.

Verstappen leads Hamilton by 14 points in the 2021 F1 Drivers’ Standings with Mercedes ahead of Red Bull by ten with three rounds remaining.