Ricciardo: We’ve got a few challenges ahead 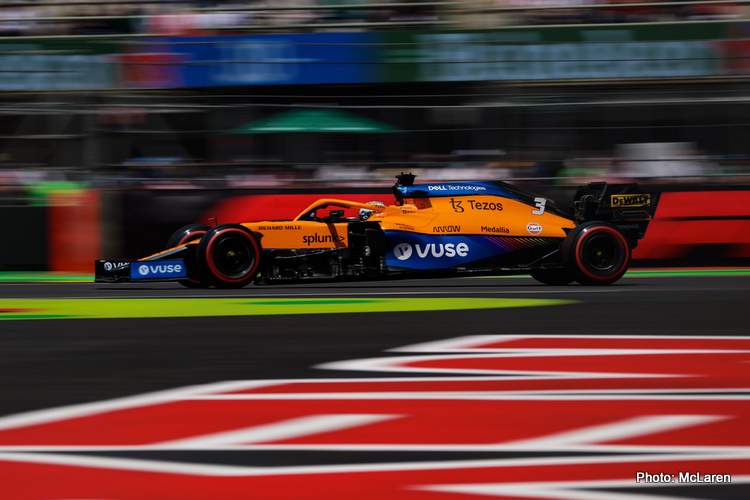 After beating the Ferrari of Carlos Sainz last time out in Texas, Daniel Ricciardo has hit trouble on Friday of the 2021 Mexican Grand Prix, with lack of pace and reliability issues, prompting the Aussie to admit that a few challenges lie ahead.

The driver hailing from Perth, was beaming after beating Sainz in Austin, but had to get grounded as he and his team suffered a troublesome Friday in Mexico, on a day where their direct competitors, Ferrari, seemed to have good pace around the Autódromo Hermanos Rodríguez.

Lack of pace and running time due to a gearbox issue meant that Ricciardo was 14th in FP1 and 15th in FP2, something the Honey Badger touched on in his team’s Friday press review.

“Unfortunately, we didn’t really get much done this afternoon,” he lamented. “We had an issue in FP2, so we only completed the Hard run.

“These things happen, and we’ll just have to get into it tomorrow,” Ricciardo went on trying to find some positives.

“We don’t have any time to waste so we’ll get amongst it,” he warned. “We’ve got a few challenges ahead but we’ll be alright.

“We got enough information from Lando today to be able to pick it up tomorrow,” the winner of eight grands prix concluded.

Lando Norris didn’t fare much better in the sister MCL35M, and was also out of the top ten, 15th and 12th in both free practices respectively.

“A difficult day as we struggled with the balance and the overall grip level,” the Briton said in the team’s media review on Friday.

“I think we’ve found some positives between FP1 and FP2,” he insisted. “We can be confident we’re going to make some improvements into tomorrow and find a bit more lap time.

“It’s not easy, so we’ll work hard overnight and see what we can find,” the young McLaren racer vowed.

“The altitude pushes us to tune several aspects of our set-up to cope with the cooling requirements and low downforce levels that are a feature of racing on this circuit,” he explained.

“What we weren’t expecting was the need to curtail Daniel’s afternoon session. We stopped him early after seeing some markers in the data, related to his gearbox, that we thought prudent to explore,” the Italian said of Ricciardo’s FP2 troubles.

“This leaves us with work to do to ensure we are competitive in qualifying and the race,” he admitted.

“It seems very tight this weekend with Ferrari and AlphaTauri in good shape – but we know what we have to do to meet our objectives over the next two days,” the 50-year old concluded.

With 3.5 points currently keeping them ahead of Ferrari in the Formula 1 Constructors’ Standings, McLaren will have to pull out all the stops to keep the Reds, currently on a high, at bay over the remainder of the season. (Follow me on Twitter @MallakJad)