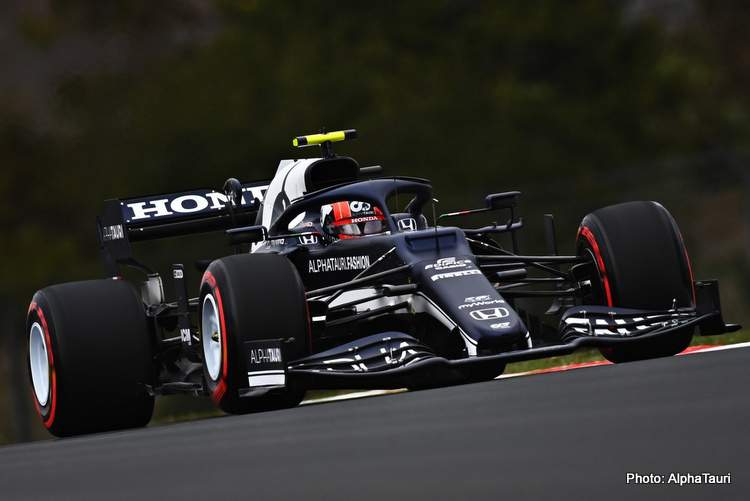 AlphaTauri’s Pierre Gasly has been turning heads this year, delivering an impressive performance in a mid-field car, but despite that, it seems the Frenchman feels fucked by Red Bull management.

That is the claim of former Formula 1 driver Christijan Albers who was speaking to the De Telegraaf podcast, as he discussed the Frenchman’s situation within the energy drinks outfit.

Gasly was promoted to Red Bull from Toro Rosso (now AlphaTauri) for the 2019 season to replace the Renault-bound Daniel Ricciardo, but the young driver failed to perform next to team ace Max Verstappen. He was brutally demoted back to the Red Bull junior team midseason, after only 12 races with the team, to be replaced by Alex Albon. Albers commented on Gasly’s situation.

“The problem is just, you have these stranglehold contracts from Red Bull,” he said. “The only one who doesn’t have a contract like that is Max Verstappen, but the rest just have a serious problem.

“It’s not like you can decide to go somewhere else. Then you really need Uncle Marko.”

The Dutchman went on to say: “If I’m going to look at Gasly’s performance that he’s constantly producing, but also look at life outside Formula 1, you can see that frustration that he feels f****d by Red Bull, with all due respect.”

The former F1 racer also commented on Daniil Kvyat, another Red Bull driver who he thinks was mistreated as well.

“I think it is really disrespectful how they have treated drivers,” he declared.

“That a man [Kvyat] is on the podium and will be kicked out the next race. Let’s be honest, that doesn’t make any sense at all.”

Albers thinks that this way of treating drivers is down to Red Bull consultant, Dr. Helmut Marko’s mentality, but acknowledges that things seem to have changed recently.

“That’s Helmut Marko, but they did learn from it,” he said. “They stopped putting pressure on Alexander Albon, they didn’t try to put pressure on Perez, so they’re learning from their mistakes.

“It was really the old-fashioned, [the] Austrian way of Dr Marko though,” he concluded.

Gasly currently sits ninth in the drivers’ standings on 74 points, 16 points more the Alpine’ double champion Fernando Alonso. The next race at the COTA in Austin, Texas will be the Frenchman’s 81st in top flight.