Häkkinen: Mercedes ahead of Red Bull in performance 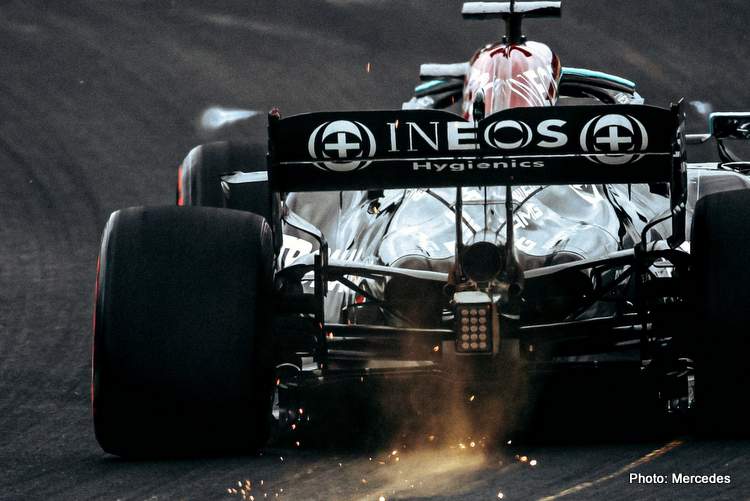 Mika Häkkinen believes that, at the 2021 Turkish Grand Prix last Sunday, Mercedes found extra in their package to move ahead of Red Bull in the performance stakes.

After the race in Istanbul, won comfortably by Mercedes wingman Valtteri Bottas, the Red Bull team boss said: “Just for clarity, we didn’t protest it. We raised some questions, as all teams do.”

Häkkinen, writing in his Unibet column, got the same impression: “What is clear from the weekend is that the Mercedes car has moved ahead of the Red Bull in terms of performance.

“Lewis and Valtteri were quickest in qualifying, and Max is admitting that Red Bull have some work to do if they are to win this World Championship.”

After high-speed friendly Monza and Spa-Francorchamps before that, Horner believed that forthcoming tracks would, Turkey included at the time, would favour Red Bull. But straight from FP1 the writing was on the wall as Hamilton topped the early Friday session by 0.425s, ahead of title rival Max Verstappen.

Later in the day, at the end of FP2, Hamilton was again quickest, this time by half a second and a bit over Sergio Perez, faster of the Red Bull duo as Verstappen struggled to find the sweetspot on Friday.

In Qualifying on Saturday, Verstappen was third quickest, 0.328s shy of Hamilton’s pole-winning time and two tenths on Bottas in second.

Horner’s pre-race Turkish delight predictions that Red Bull would have more muscle at Istanbul were off the mark. They may have had, but Mercedes had appeared to have more.

On the bright side for Red Bull, Perez did what was required of him by finishing third and denying Hamilton crucial points with six rounds remaining in the title battle, after a jaw-dropping wheel-to-wheel tussle late in the race defending from a storming Hamilton attack.

Hamilton and Perez served up a treat with this mini battle 🍿#TurkishGP 🇹🇷 #F1 pic.twitter.com/jOTcurRWue

The Mexican’s clinical overtake for third position on Charles Leclerc’s Ferrari was also special on a day the veteran ticked all the boxes for his team.

Häkkinen noted: “One strong point for Red Bull on Sunday was the performance of Sergio who drove a strong race, protected Max and finished third.

“I thought his battle with Lewis was excellent, showing great confidence and maturity from a driver who we know is very good at tyre management. Sergio has had some difficult races recently, so this was a great performance and good timing for the team.

“As we move into the final six races in the World Championship I think that Valtteri and Sergio will come to play an increasingly important role in providing Lewis and Max with the right level of support and strategy options.

“Max only leads the World Championship by six points, so with 156 points available during these final races the title could swing one way or the other very quickly,” predicted Häkkinen.