Brundle: It was a mistake on Lewis’ part 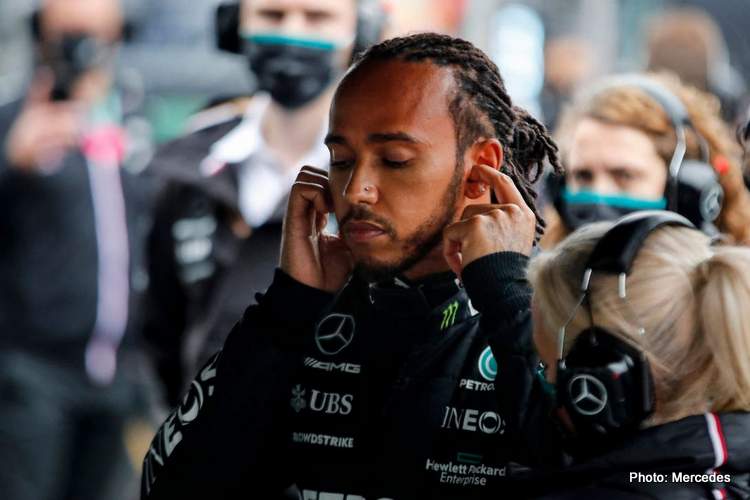 Ex-driver and respected Formula 1 pundit, Martin Brundle, became the latest to comment on the pit stop conundrum of Lewis Hamilton and his team, during the 2021 Turkish Grand Prix, with Brundle saying it was Lewis’s mistake.

This story is refusing to go away, and will probably drag up to the next race in Austin at the COTA in under two weeks’ time, when maybe something more controversial might happen, and become he next big news.

On such debatable matters, Brundle’s opinion is always a good yardstick, being a former driver, and experienced commentator in F1, who always delivers accurate insights in the sport’s proceedings.

“I think yesterday was a mistake on Lewis’ part,” Brundle told Sky Sports.

“We have seen him overrule the team in the past and it’s worked out very well – for example in Turkey last year when he ran right through to the end and it was a glorious victory.

“But yesterday, I think all Mercedes had to do was mimic to an extent what Red Bull were doing, try to minimise the pain of him taking a new engine and grid penalty to go with that.

“I think Lewis put his team off-balance and it was a bit of a no-mans stop in the end,” was the Brundle’s verdict.

“You have to respect Lewis’ seven titles and his gut feeling out on the track,” he said, acknowledging Hamilton’s on-track prowess, then continued: “But at the same he has to respect that his team have got a copious amount of information, they’re watching the entire race, all of the other cars and when they called him in, he kind of put them out of their stride.”

“He had to stop, I’m pretty sure,” he stressed. “If we look at Esteban Ocon’s tyres in the Alpine, it was down to the canvas.

“Common sense tells you it probably wouldn’t have worked out but Lewis felt he wanted to do that.”

Hamilton is ruing the loss of what could have been a third-place finish in Istanbul – which would have kept the pressure on title rival Max Verstappen – had he followed his gut feeling and went on to finish the race on single set of intermediates. But Brundle thinks the seven-time champion should take it easy, as all is not lost yet.

“It’s not the end of the world,” he said. “Obviously he was tantalisingly close to third place and he felt that would really have been a great day out.

“But this incredible season is turning on a fastest lap here or maybe a sprint race victory or a bit of luck or a bit of reliability. It’s really so, so close,” Brundle said exuberantly.

However, and according to the former F1 driver, those who have to worry going forward this season are Red Bull, who for now don’t seem to have the fastest car on track.

On that subject he said: “Red Bull will be concerned at the raw pace of the Mercedes over the weekend, Valtteri Bottas was outstanding in every respect and he will be in there helping Lewis as well for the world championship.

“We’re in for an amazing finish to this season,” concluded Brundle.