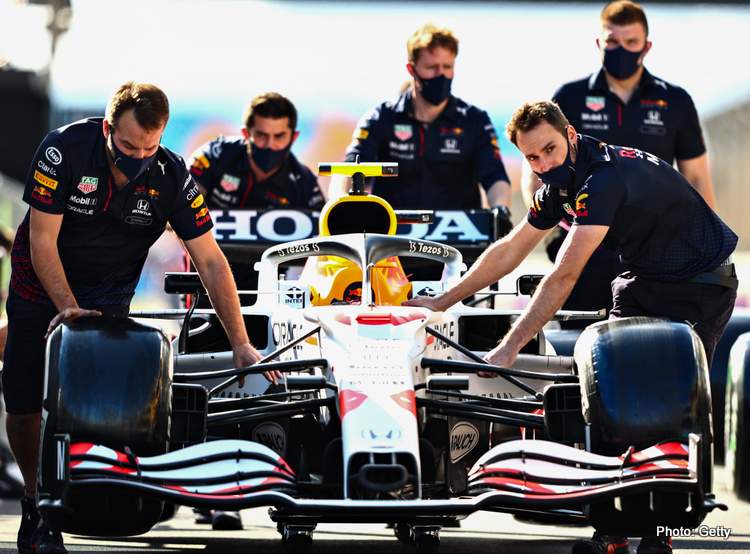 In the build-up to the 2021 Turkish Grand Prix many predicted that the Istanbul Park circuit would suit Red Bull, a notion I disagreed with from the outset.

I believe historical performance trends have been meaningless this year, given the intense level with which the F1 world championship is being fought.

The post-qualy performance delta between Red Bull and Mercedes in the latter’s favour is certainly not one many would have predicted, and Red Bull have openly confided in the media all weekend that an understeer imbalance exists.

All teams were surprised very early on Friday in FP1 with the unexpected improvement in the levels of grip provided by the recent water blasted Istanbul Park surface but, for some particular reason, the increase in grip has adversely impacted RB16B’s balance.

Importantly, when a surface offers more grip, the balance of grip offered between the front and rear changes, and because the rear tyres are larger, the grip balance at the rear increases in comparison to the front.

However, on high grip surfaces, cars with a high rake aero concept, such as Red Bull, do appear to suffer due to increased centre of aerodynamic pressure sensitivities, which is more than likely the under-pinning reason behind Red Bull’s issues.

The fact that Red Bull found the understeer worse on the softer compound only seems to justify the rationale.

A simplistic solution to understeer in F1 is to reduce rear wing, but it not necessarily a sound strategic change with the race in mind as less aero loading will ultimately result in higher tyre degradation on a circuit such as Istanbul.

So, whilst Red Bull may have struggled in qualy, it is quite possible that their understeer characteristic with that little bit more rear wing might be an advantage on the mediums and hard compounds that will be used in the race.

Only time will tell.