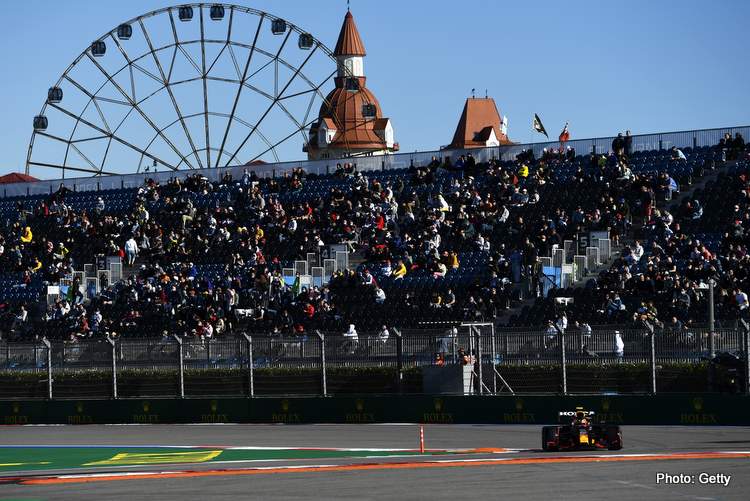 You could be forgiven for finding the on-track action during Friday’s free practice sessions for the 2021 Russian Grand Prix at the Sochi Autodrom uninspiring, but behind the action, the story of the weekend was being set.

At the front, the most telling tale of the weekend is the outright speed of both Mercedes, and with Valtteri Bottas’s driving preferences being a perfect match for Sochi’s characteristics, it is no surprise that he edged teammate Lewis Hamilton, and put himself in an ideal situation to cover Hamilton in the race as wingman.

Sochi Autodrom is another unique circuit, and whilst it certainly is a more conventional technical challenge, unlike that previously visited at Monza, it does have some unique characteristics that are important considerations for the teams when setting up their cars for performance.

With its two long straights in sectors one and two, one could be easily forgiven for thinking the optimal setup at the circuit is a low drag configuration, but due to the much tighter sector three, the optimal setup does indeed demand a reasonable amount of downforce, and consequently, it can be a battle to manage tyre performance through all three sectors in qualifying.

The Sochi circuit also has close to the least abrasive surfaces on the championship calendar coupled with very low tyre degradation properties.

Mercedes had no hesitation in burning through much of their allocation of C3 white hard compound tyres on both cars during FP1, a reasonable indication that the Mercedes Plan A for a dry race will lean heavily on the softs and mediums.

Conversely, their primary competition Red Bull split their tyre usage somewhat in FP1 with Max Verstappen only using softs and Serio Perez splitting his on-track time between the soft and the hard compound, the former probably an early indication of their power unit change, which was not announced at that time, and a dry race Plan A for Max relying on a long hard compound stint.

Even more interesting from an engineering perspective is the contrasting aerodynamic packages the primary championship contenders have chosen to tackle the weekend with; Red Bull with a rear wing more contemporarily described as a barn door, and Mercedes a much slender and obviously lower drag one.

Of interest for me was the change in fortune of Monza victors McLaren, both Lando Norris and Daniel Ricciardo appeared to be in an obvious battle for rear grip, both drivers exiting sector two corners over sausage kerbs on multiple occasions.

I must admit, though, that it was Karun Chandhok describing his Thursday conversation with Haas F1 Principal Guenther Steiner about his team’s 2022 prospects, that caught my attention. It is great that Haas are focussing heavily on their new design, but even more exciting was the confirmation that Simone Resta has been given free rein to restructure the Haas technical department.

Another rear of grid team joining Williams in a technical recovery can only be good for the sport.