Schumacher: Sochi is quite a simple track 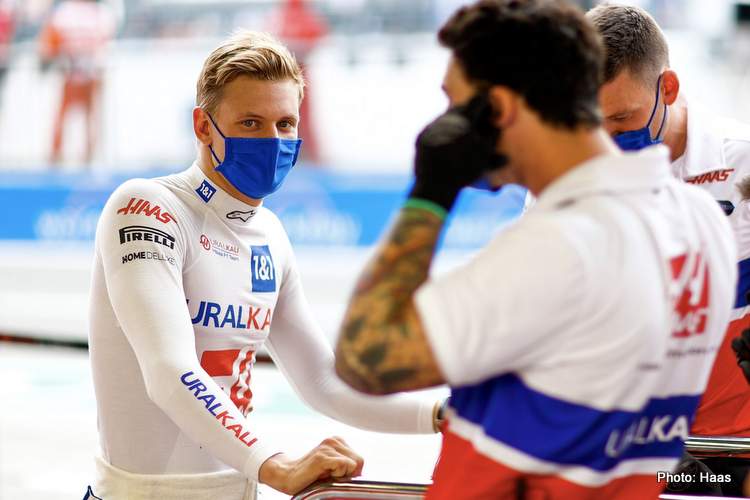 Mick Schumacher might have won Formula 2 in Sochi in 2021 during his successful title-winning campaign, but this year it will be vastly different for the Formula 1 rookie.

Young Schumacher has endured a character-building season up to now. With the slowest car on the grid at his disposal, he can only look forward to another fight with his teammate at the wrong end of the field at Sochi.

Nevertheless, the 22-year-old Haas driver still holds fond memories of racing and winning at the Sochi Autodrom, as he previews the upcoming race at the Russian venue with his Haas F1 Team.

“Last year was quite successful for me there,” he recalled. “We won and were extending our championship lead which was obviously very helpful going into the final few races after that. I definitely think my past experiences there have been quite good and I collected a lot of points.

“I think Sochi is quite a ‘simple’ track – we have a lot of 90-degree corners, but obviously if you’re not good at that it could be terrifying, if you’re good then it helps.

It may be just another race for Schumacher, but for his Haas teammate, Russia’s Nikita Mazepin, this Grand Prix is as special as it gets as he gears up to drive an F1 car for the first time in front of his home crowd.

“First of all, I’m massively looking forward to going there,” said Mazepin. “I’ve been in Sochi a few times, I went there for the first-ever Grand Prix back in 2014 if I’m not mistaken, and back in the day, the country had a very different meaning for me.

“I didn’t race for my country, I wasn’t even in Formula 3 at the time. Obviously to have made it six years later means a lot to me and I’m one of the fortunate drivers who has a home race and I’m looking forward to experiencing the feeling of it.”

Mazepin lamented the fact that he would not be able to replicate his past heroics while racing in F2 at Sochi: “I’ve been on the podium twice and taken pole position there. It’s a circuit I genuinely enjoy driving, not that we will be doing much this year.

“There’s a very long straight with DRS in, and in junior categories I’ve done a few very nice overtakes there. It’s always nice to be on the podium in any race, and if it’s your home race it’s even better.”

“I think it’s positive pressure,” is what the Russian reckons he will feel at Sochi. “There’s this pressure that makes you tense in the car and makes you slower. The Sochi pressure for me is just giving me extra motivation and it gives me more endorphins and energy to power through the more difficult moments in the build-up to the race.

“Nevertheless, I’m going there with a clear mind to try and extract everything I can from myself and the car and I’m looking forward to seeing what the atmosphere is going to be like after what everybody has seen the Netherlands and what they showed us.”

The upcoming race will be Mazepin’s 16th race in top flight, all with Haas.