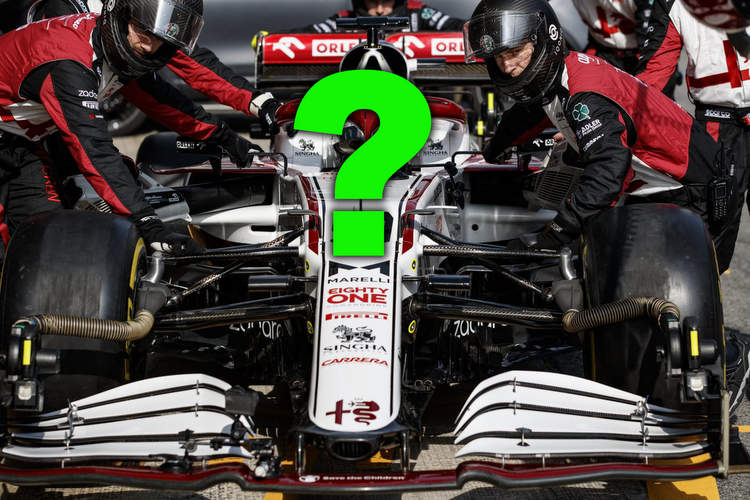 China could have its first Formula 1 driver next season if the Alfa Romeo team decide to call time on Italian Antonio Giovinazzi and take on rising star Guanyu Zhou who, along with Nyck de Vries is one of several drivers being considered.

The seat at the Swiss-based team is the only one with any lingering uncertainty around it, after Aston Martin confirmed an unchanged lineup on Thursday, and a fistful of candidates are keen to fill it.

One of them is Chinese driver Zhou, currently second overall in Formula 2 and test driver for the Renault-owned Alpine F1 team. The 22-year-old is 15 points behind Oscar Piastri, who is also a member of the Alpine Academy.

Shanghai-born Zhou is considered a favourite, with reported substantial backing from Chinese sponsors, in a move that would also delight F1’s commercial rights holders Liberty Media.

China is a key growth market for the sport, along with the United States, and first hosted a grand prix in Shanghai in 2004. No Chinese driver has come closer to the starting grid than taking part in Friday practice, however.

Zhou did that with Alpine, who have no vacancies at their own team, in July while Ma Qing Hua featured in Chinese Grand Prix practice with now-defunct Caterham in 2013.

Swiss-based Alfa Romeo has so far only confirmed Valtteri Bottas, who is moving from champions Mercedes as replacement for retiring fellow-Finn Kimi Raikkonen, with Giovinazzi’s future uncertain.

Giovinazzi is backed by Ferrari, who provide Alfa’s engines, and is Italy’s only F1 driver.

However, the team are free to choose their drivers, however, and commercial considerations could come into play — with talk of Zhou attracting tens of millions of dollars to a privately-owned team languishing ninth out of ten.

Alfa Romeo team boss Fred Vasseur told reporters at last weekend’s Italian Grand Prix that Zhou was one of five or six names under consideration: “Zhou is doing a good job in F2; for sure he’s on the list.

“It’s not only due to the fact that he’s Chinese, that he’s a front runner in F2. He’s won some races and I think every single team in F1 is looking at him. We will see in two or three events where we are, what is the evolution of every single driver in F2,” said the Frenchman.

Alfa Romeo also have rising Sauber academy star Theo Pourchaire to consider but the Frenchman has only just turned 18 and lacks F1 track time, making him more of a prospect for 2023. Sauber run the team under Alfa branding.

Mercedes want to place their Formula E champion Nyck de Vries, who won the F2 title in 2019, but the Dutch driver’s ties to the German manufacturer are a complication for a team closely linked to Ferrari.

“I think the situation with Mercedes, it´s not an easy one,” said Vasseur. (Reporting by Alan Baldwin)