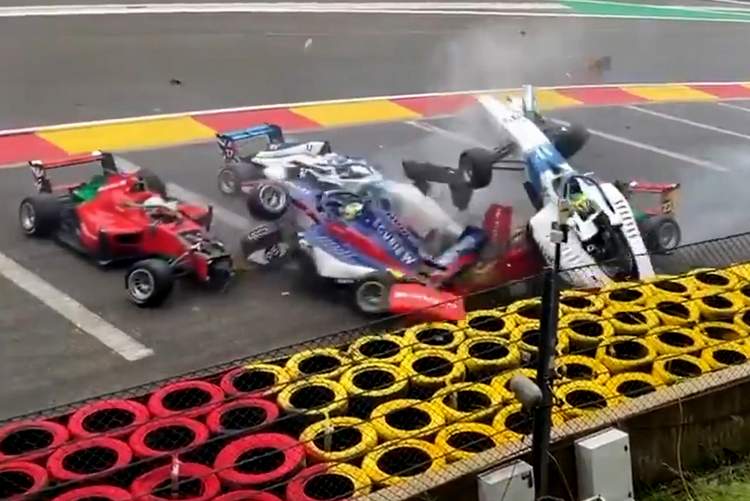 Beitske Visser and Ayla Agren were taken to hospital on Friday after a six-car pile-up in qualifying for the all-female W Series race supporting Formula 1 at the Belgian Grand Prix.

The crash put fresh scrutiny on the Spa-Francorchamps circuit after several serious accidents, including the death of Formula Two racer Anthoine Hubert two years ago.

Williams F1 reserve Jack Aitken suffered a broken collarbone in a crash at the same place in the Spa 24 Hours endurance race at the end of July.

“There needs to be a change at this corner and I´m very surprised nothing has changed yet. Enough is enough,” Alfa Romeo reserve Callum Ilott said at the time on social media.

Friday’s crash happened as the cars began the climb up the fast sweep of Eau Rouge towards Raidillon, with Moore and Eaton spinning into the barriers and being hit by the others.

Eaton and Visser’s cars were both launched into the air by the impact, with Wohlwend’s car turned upside down. The session was red-flagged and then re-started.