Le Mans Hyperpole: Who can beat Toyota? And other stories 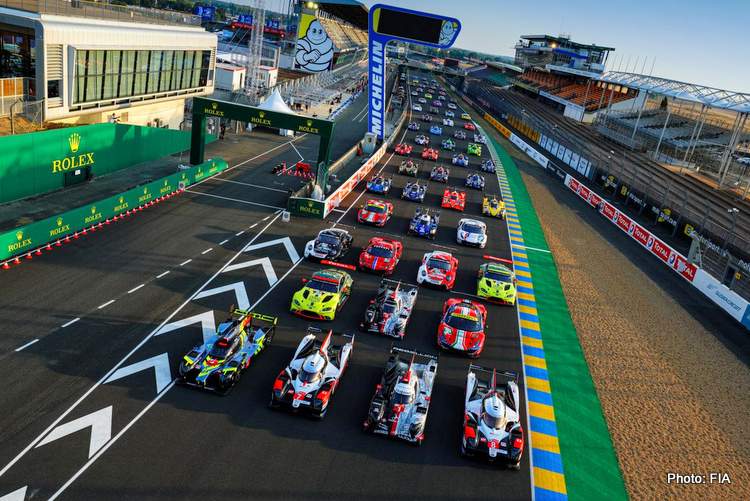 Today – Thursday – 23 cars will go after the fastest time possible at the 24 Hours of Le Mans circuit to establishes the final grid order for the 89th running of the world’s most famous endurance motor racing event.

During the 30-minute Hyperpole, competitors – the top six in each class except Hypercar with only five entrants – will push their cars to the limit on a much less crowded track than during Thursday’s practice sessions which Toyota dominated.

This weekend’s race is also Round 4 of the six-round 2021 FIA World Endurance Championship season.

Ahead of the qualifying shootout-style, organisers are upbeat about the shootout concept: “It is expected to be a stunning show that spectators will be able to enjoy for the first time on-site!”

The big question going into the session is: Who can stop Toyota from claiming the first Le Mans pole position of the Hypercar era?

The stage is also set for epic qualifying contests in the LMP2 class and both GT classes, where margins are incredibly tight between pedigreed teams with evenly matched machinery in the hands of the best endurance drivers in the world.

Competitors in every class will take part in the Hyperpole. Toyota clocked a top time of 3:26.279 thanks to Kamui Kobayashi. Alpine trail slightly while Glickenhaus 007 LMHs appear hungry for a great showing. The battles will rage fiercely even though pole position does not carry much weight in endurance racing, it does a certain prestige and of course pride.

Major players in the FIA World Endurance Championship (WEC) and European Le Mans Series (ELMS) will take the track for the Hyperpole. Belgian outfit Team WRT, for example, making its debut this year in prototypes, already has two wins in the ELMS. The United Autosports team, a top contender in the LMP2 class, is the only participant to place two cars in the Hyperpole. French outfit Panis Racing, winner at Monza in the ELMS, as well as G-Drive Racing and JOTA will also fight for the pole. Who will prove to be the fastest?

Three Porsche 911 RSR-19s will take on two Ferrari 488 GTE Evos and one Corvette C8.R during the Hyperpole in this class. AF Corse’s two Ferraris and the #92 official Porsche all qualified in under 3:47 per lap. Can they do even better?

As in LMGTE Pro, Porsche has the strength in numbers advantage on the two Ferraris. But, Aston Martin will have something to say with the #33 Vantage AMR. Scoring pole position in the class is a good start in the quest for victory.

Thirty-three WEC entries will be competing at the 89th edition of Le Mans, and to celebrate the occasion – below are ten fun facts about the WEC’s most prestigious event on its calendar.
Alex Harrison @WECData provides the information:

How to watch the race?

International coverage will be provided on Eurosport Pan Europe, RTL Nitro in Germany, as well as by TV2 Denmark, Viasat, RTBF Belgium, Viasat, RTL Netherlands and RTL Luxembourg, among others. Further afield, see Fox Latin for South America, Motortrend for the whole race in the USA, and Velocity and Discovery in Canada. Full coverage via J Sports in Japan and Tencent in China, as well as Sky New-Zealand in the Pacific. The PanAfrique will be provided by SuperSport. More than 196 countries and territories will broadcast the race!

ON THE OFFICIAL FIA WEC APP

The FIA World Endurance Championship app brings fans exactly what they want to their iPhone, iPad or iPod Touch. The free app is great for staying in the loop and has all the latest news about FIA WEC, rankings, circuits, the teams, drivers, times, schedules, photos, videos, interviews, highlights, race results and social media coverage throughout the championship.

For an upgraded FIA WEC experience, fans can buy the Premium Season Pack available inside the app. Premium users can watch FIA WEC races live, see exclusive content filmed by onboard cameras, customise functions, and follow their favourite drivers and teams. They also enjoy access to full replays of every race.

Everything on the official FIA WEC® app is available in both English and French. The menu is in French, English, Japanese, Chinese, Italian, Portuguese, Spanish and Arabic.

The official hashtag for the race is: #LEMANS24