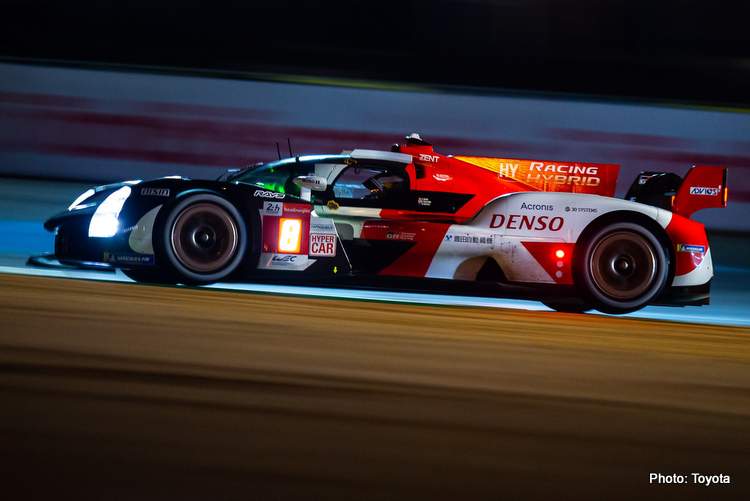 The first night running at the 89th running of the 24 Hours of Le Mans ended Wednesday with the No.8 Toyota GR010-Hybrid Hypercar driven by Sebastien Buemi, Kazuki Nakajima and Brendon Hartley leading the way.

After topping FP1 with the No.7 Toyota Gazoo Racing, it was Buemi who set the fastest lap on 3:29.351s as their N0.8 car continued to set the outright pace overall and in the Hypercar category.

JOTA headed LMP2 with its No.38 car, while the No.88 Dempsey Proton Porsche 911 once again topped the LMGTE Am category.