Marko: Intention is to keep Max, Checo, Pierre and Yuki 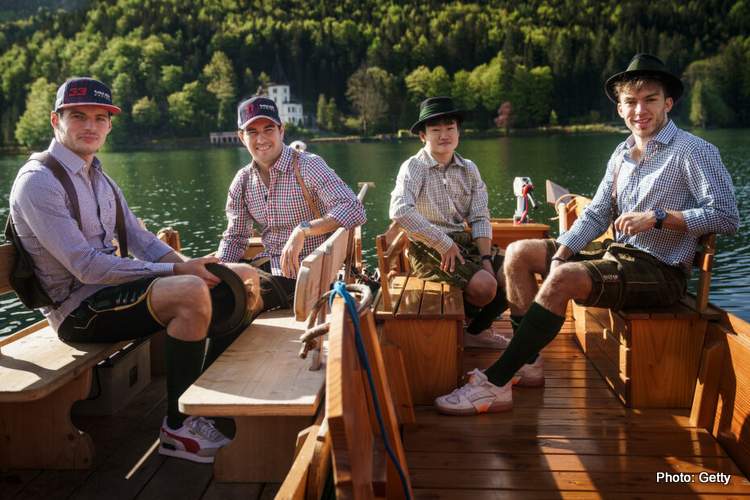 Around Monza time, Helmut Marko hopes to confirm the existing Red Bull and AlphaTauri drivers for 2022 but admits they also have options, as Sergio Perez has yet to fully convince.

Perez’s story from close to Formula 1 unemployment and bagging one of the hottest seats in motorsport is well told. Now at the plate and batting, the verdict is still out on whether the Mexican is the ideal wingman for Max Verstappen.

Victory in Azerbaijan certainly gave him the key to the 2022 door, however, Perez is struggling to open the door of performance, which remains a gulf between himself and Max. Quick-maths suggests the deficit is around six-tenths which the Dutch driver has over his teammate.

Compared to a similar number one and wingman line-up, at Mercedes, the quick-maths-gap between Lewis Hamilton and Valtteri Bottas is around three-tenths of a second

The gap is glaring to outsiders, so be sure in the Bullpen it is an eyesore too and thus the reason the normally dour Checo smiles even less than normal; Marko explained: “Of course he is not happy with the gap to Max. He tried his own set-up instead of Max’s, which is maybe not the easiest for a driver.

“Max doesn’t mind even when the car oversteers in fast corners. All of our second drivers had problems with that. Perez had the same, and that’s why he tried his own setup, but it didn’t work.”

Thanks to having a race-winning car in his hands, a wiser and calmer Max appears to have emerged which Marko pointed out: “Max has matured even more when it comes to speed this year. He doesn’t need to be the fastest in every practice and if there were problems he would get angry, but that’s a thing of the past. The potential is there and he converts that.”

Nevertheless, there has to be something very special about Verstappen considering the fact that he has made Pierre Gasly, Alex Albon, Daniil Kvyat, Carlos Sainz and even Daniel Ricciardo look ordinary.

Marko told Dutch reporters: “Our car is very optimal aerodynamically, which means it is more sensitive. Max does not lose time if the car is a little unstable while every other driver gets into trouble.

“Max has the incredible strength of adapting immediately. For example, if it rains, he doesn’t need any adjustment time as he showed when he drove away from the field during the first laps in Imola. That also gave him a lot of confidence.”

“Max just senses and sees everything. For example, when the left rear tyre gets a bit too hot, he then adjusts his driving style but his lap times remain the same. That’s a skill level that very few drivers have.”

Hence the problem for Red Bull and their two teams. While questions arise about Perez’s suitability in the second car, it also must be asked: Who can cut it against Max as a teammate?

As a process of elimination these are the options:

If Red Bull could scoop Hamilton’s teammate that would be a coup; not only will the Finn bring along a memory bank of crucial information from Mercedes to Milton Keynes while, it should not be forgotten he has been hailed as the best F1 wingman of all time, a good dollop of speed and a no-nonsense, honest race driver has meant constructors’ titles for his team since he joined them in 2017.

However, that is pure speculation but, at the same time, Marko was also not sealing the 2022 driver deal just yet: “There are a few options, but I don’t want to name names. The intention is to continue with the four drivers we have.

As for the announcement: “Probably at Spa or between the first two races of the second half of the season we will announce our drivers, both for AlphaTauri and Red Bull,” added the Red Bull consultant.

Up until now, Perez has maybe done enough in the first half of the season to convince, easily outscoring his predecessors in the opening 11 races of the season; but would be well advised to find something extra in the second half to make the Red Bull decision a lot easier.

Up next is Spa-Francorchamps back-to-back with Monza. A decisive time for Red Bull’s 2021 campaign. They will be seeking to hit the ground running starting at the Belgian Grand Prix to make up for the two dismal rounds before the summer break.

How much Checo brings to those parties will determine his future.