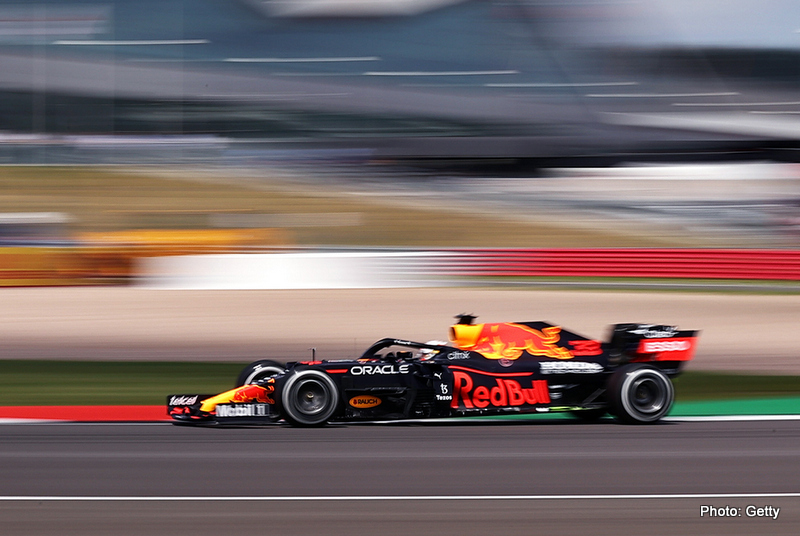 Max Verstappen and Red Bull were once again the class of the field during FP1 for British Grand Prix in front of a capacity Silverstone crowd.

The Dutchman showed a clear pair of heels to the rest of the field, almost eight tenths clear of Lando Norris, who was second.

Norris qualified on the front row in Austria last time out and could do so once again, with Lewis Hamilton only third.

Verstappen set the best time on both the mediums and softs, with his margin over Hamilton a clear surprise for the seven-time world champion, who sounded shocked over team radio.

With qualifying shifted to Friday evening due to the introduction of Sprint Qualifying on Saturday, few would now bet against Verstappen claiming another pole position.

Charles Leclerc was fourth for Ferrari, just ahead of Valtteri Bottas, the Finn 0.862 seconds back from the pacesetting Red Bull.

Carlos Sainz was a tenth back from Leclerc after spinning on entry to the loop, while Sebastian Vettel was eighth after a strong showing for the German.

Sergio Perez went eighth quickest, a second back from his teammate, with Daniel Ricciardo and Esteban Ocon rounding out the top 10.

Pierre Gasly and Yuki Tsunoda were 11th and 12th respectively for AlphaTauri, while Antonio Giovinazzi was the lead Alfa Romeo in 13th.

Fernando Alonso has impressed in recent weeks but finished up 14th, four tenths behind teammate Ocon, with Raikkonen one spot back in 15th.

Nicholas Latifi was the lead Williams in 16th, ahead of Mick Schumacher, Lance Stroll and Nikita Mazepin.

Stroll was way off his teammate and complained of his lack of confidence in the car over team radio.

Finally, George Russell rounded out the field, a far from ideal start to the weekend for the home favourite, who complained of having a cracked wing mirror.

Qualifying gets underway at 18:00 local time. 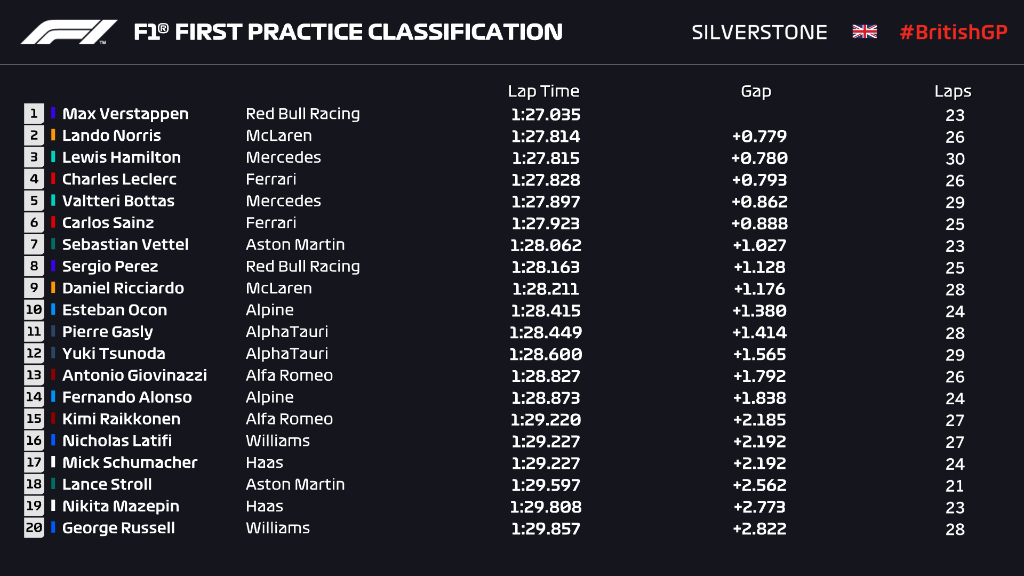