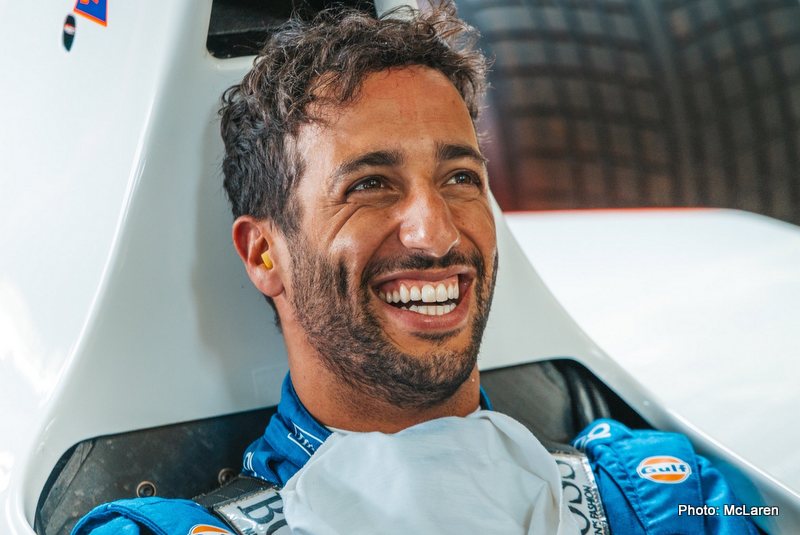 Daniel Ricciardo is fired up and ready for the British Grand Prix this weekend after getting to drive the McLaren MP4-5B at Goodwood last Sunday.

Ricciardo has not enjoyed the start to his McLaren career that he would have wanted as he heads into the first Sprint Qualifying session of the season at Silverstone, but will be hoping to turn things around at a Grand Prix where he finished fourth last year.

Nine races into the 2021 campaign, the Australian sits eighth in the drivers’ standings and a significant way behind teammate Lando Norris.

The new format will be a factor for Ricciardo and the rest of the grid to get used to, but speaking ahead of the British Grand Prix he sounded confident.

“At the British Grand Prix we’ll try out the new sprint quali format for the first time, which will be an exciting challenge,” he said.

“It’ll be interesting to mix up the weekend and I’m sure it’ll provide plenty of opportunities to put us in a good position for the race on Sunday.”

Ricciardo finished seventh at the Austrian Grand Prix, before enjoying a drive in the MP4-5B at Goodwood, the car with which Ayrton Senna won 1990 world drivers’ championship, during his weekend off.

The 32-year-old described the experience as “awesome”, adding that it gave him time to recharge his batteries.

“After the three back-to-back races in France and Austria, I’ve taken the time to fully recharge my batteries, and spent some time at Goodwood driving Senna’s MP4-5B, which was just awesome,” Ricciardo added.

“I’m ready to go again at Silverstone and keep pushing after a more positive weekend in Austria where I gained a bit more confidence in the car. We just need to continue to make the steps to translate those improvements into lap-time, so we can challenge for good points.”