Steiner: I am impressed by Schumacher’s work ethic 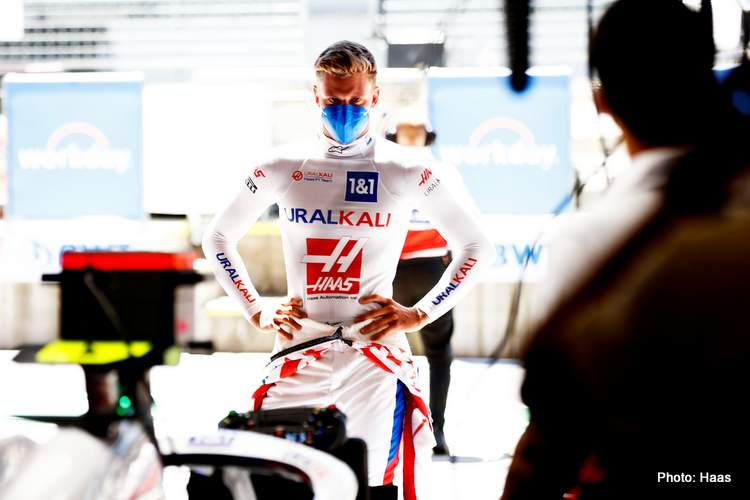 Reigning Formula 2 Champion Mick Schumacher arrived in Formula 1 with all the right credentials but, as is well known, his ill-thought posting by Ferrari at Haas has done him no favours but it has ticked some important boxes.

Mick, of course, is the third generation of the great Schumacher legacy in F1. Michael, his father, Schumi I and his uncle Ralf, Schumi II. However, the teams’ they broke into F1 with were vastly different.

After his sensational debut for Jordan at Spa in 1991, Michael was plucked by Flavio Briatore for Benetton who, at the time, was a front running team. Ralf’s rookie season was with Jordan, a strong midfield team that earned him a podium in his third race in the top flight.

In other words, they both had handy cars for their induction into F1, but the same cannot be said of Mick who is with Haas two decades or so down the road, a team with questionable ambitions, little experience in developing young drivers and anchored to the bottom of the grid.

But those are the well-reported negatives, thus worth exploring what positive boxes have been ticked after his first nine F1 races:

Haas team principal Guenther Steiner told reporters in Austria: “I am impressed by his work ethic. He is working all the time on it. We appreciate it in these times because this year we are where we are with the car, you know.

“He does everything possible to keep the team motivated and gives them the confidence as well that we will be in a better place going forward. I appreciate it a lot from him that he helps you doing that, and he is doing it as a young man.

“Very respectable what he is achieving. Also, to me, it seems like Sebastian said, he seems to be enjoying what he is doing. For him, it’s not that he has to force himself. This is what he wants to do, in my opinion, and I respect that a lot,” added Steiner, referencing Sebastian Vettel who is increasingly being seen as Mick’s mentor.

During the weekend at Paul Ricard, in June, Schumacher was video-ed showing Vettel the inside of his Haas cockpit. It turned out the youngster was pointing out his seat position, explaining later that he had been sitting crooked all season and the seat was cracked.

Schumacher said at the time how he valued Vettel’s advice: “He’s a huge help for me in all ways, anything on and off the track. I’m happy that I can go back to somebody that has so much experience but also that is so likeable. Very happy he’s around.”

A fact that Steiner acknowledged: “I think it’s a great thing. I don’t know how long they go back, I didn’t ask Mick that one but it seems they get on well – but even if they don’t go back a long time and they get on well, why not?

“For sure, for Mick, it’s an advantage. I think Vettel is in the sport a long time and he feels attached to Mick and just tries to help him as much as he can to make him the next champion. I think it’s a great thing and I don’t see any issue with it.”

Inadvertently (or not) Steiner gave ammo to those who question Ferrari’s strange decision to place  Schumacher junior with the American team, for his rookie season, when he said: “We know from the beginning that we have two rookies and for rookies, not having a reference is always very difficult, as we all know.

“You cannot see what the other guy is doing. Or, you can see it but the other guy is a rookie as well, so you don’t get the experience in. I think as a team we make progress with both drivers,” added the Haas team boss.