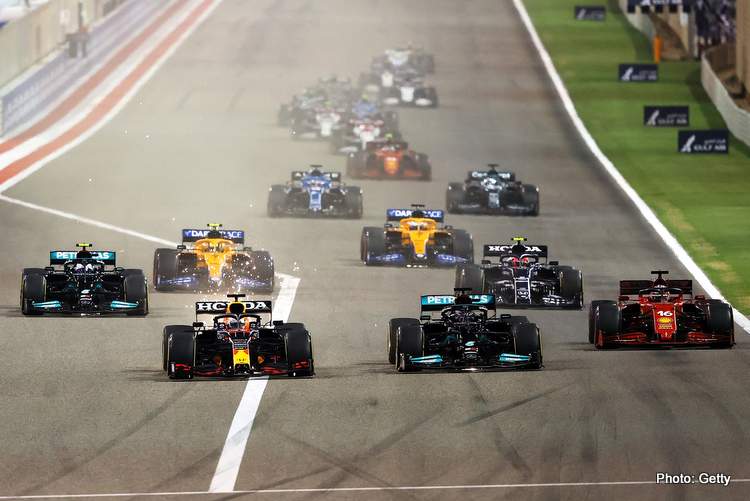 As the mid-point of the 2021 Formula 1 season approaches, I thought I would put my thoughts down about how the season has progressed for each team.

Here, I have taken a brief look at how the cars have developed from a technical perspective to date and rated them accordingly.

The ratings take into consideration a teams performance level at the end of 2020, the results they have achieved in 2021 and their performance trends during the 2021 season.

In considering Red Bulls 2021 performance to date, one does not need to describe it in any other way than as stated this week by Helmut Marko, “We have the fastest driver, the best car and the best engine.” All the data available clearly points to Red Bull having a distinct performance advantage that they have learnt to utilize better and better as the season has progressed. Traditionally Red Bull have started a season slowly and made significant performance gains as the year progressed, whereas this year their performance level at the end of 2020 carried through and they were quick from the start of pre-season testing. The RB16B has carried the usual Red Bull traits of excellent aerodynamic balance and mechanical performance, but this year’s chassis seems to be much better suited to the Pirelli characteristic requirements as well.

After the Austrian Gran Prix, F1 was put on warning that the McLaren resurgence is real, very real. A continual flow of developments has been on tap ranging from floor changes, barge and flow conditioners, front and rear wings, brake ducting, cake tins and tighter rear end packaging. The MCL35M is providing great aerodynamic balance and mechanical grip, it is well balanced under braking and with the Mercedes PU, it is not lacking in torque. The only question hanging over McLarens’s performance is the inability of Daniel Ricciardo to come to terms with the chassis.

I found myself compelled to rate the Grove team highly, even though they are currently sans a single constructors point at this stage of the season. Even though George Russell was able to make Q2 reasonably regularly in 2020, he has been able to achieve Q2 positions in 2021 like clockwork and last weekend in Austria he achieved a Q3 spot completely on merit. Whilst Russell is obviously a stand-out talent, the performance levels the engineering team have been able to realise from the FW43B considering their comparative limited resources and a major organisational restructure have been nothing short of remarkable. Williams have been able to develop and apply periodic updates during the season, primarily focused on the rear floor, front wing, and barge boards. Constructors championship points aside, the one glaring gain Williams could make would be with a more capable second driver.

The F1 performance paradigm has shifted in 2021 with Mercedes experiencing a significant comparative drop in performance. Whilst at the start of the season there appeared to be a level of parity with Red Bull it now appears that Red Bull have taken the ascendancy whilst MB has struggled with an aerodynamic deficit, particularly at the rear due to the change in the floor at the front of the rear tyre, which has created a knock-on effect in activating tyres in certain conditions and managing their degradation. As a result, MB have needed to compromise drag levels by carrying deeper rear wing cross sections which have also affected top end speed. It should also be noted that Mercedes have publicly confided that their 2021 chassis development program is either almost or entirely defunct, and their resources focused on the 2022 quantum change. Mercedes saving grace has been the ever powerful and consistent performance of Lewis Hamilton, who has been reasonably supported by his wingman Valterri Bottas.

The start of the 2021 season seemed difficult for the re-named team as it raged the ‘battle of the bulge’ with rear end packaging and lamented the loss of their leader Cyril Abiteboul. However, Alpine have steadily improved the capability of their 2021 charge, even in the face of the flexible wing technical directive which has apparently had a reasonably negative impact on their performance. The return of Fernando Alonso would no doubt have had a positive impact in driving technical development forwards and his presence is a refreshing return to the paddock.

Not only does the Faenza team have the Honda PU at its disposal, but also has access to Red Bull Technology shared components and IP, and in the hands of Pierre Gasly primarily, the AT02 looks every bit the AT01 was. The shorter wheelbase high rake design philosophy common in Red Bull family designs has coped well with regulation floor changes and with downforce losses not as high as other teams, they have had the ability to carry less drag through corners. Alpha Tauri have progressively tested and applied performance improving aerodynamic and performance upgrades as the season has progressed.

After an outstanding couple of seasons, a promising rebranding, an up-ramping of resources and the signing of a four times World Drivers Champion in Sebastian Vettel, AM have struggled early in the 2021 season, but have steadily clawed back of late. As per their close technology partner Mercedes, AM too have struggled with the impacts of floor regulations on longer wheelbase lower rake design. Recent aerodynamic developments seem to have regained some of the lost downforce and tyre performance, and Seb’s resurgence is standing them in good stead.

Even though the Reds have shown infrequent glimmers of hope on race day, the relative development of the SF21 has seemed quite stagnant. Although modest gains have been made with the PU after disastrous 2020, Ferrari have struggled in finding the narrow Pirelli performance window and minimising tyre degradation. It is only the outstanding talents of Leclerc and Sainz that save Ferrari from being the worst performer in 202 so far. Or, given the resources at their discretion, maybe they are.

2021 has been a season of status quo for Alfa Romeo, with the only real quantifiable improvements being those provided by the Ferrari PU. The traditional winding up of PU settings in FP1 and FP2 always seem to prick the ears of Alfa supporters, but those gains never seem to materialise into anything of substance in the race and their public presence seems only to be supported by the occasional radio rant or brain fade from the ageing Kimi Raikkonen.

Haas started the 2021 season with the stated intention of competing with a flat development curve, intending to complete the season in the same chassis configuration with which it started, focusing its technical and financial resources entirely on the 2022 regulation change, and it has stayed true to that intent.