Styria FP3: Hamilton back on top, Verstappen close behind 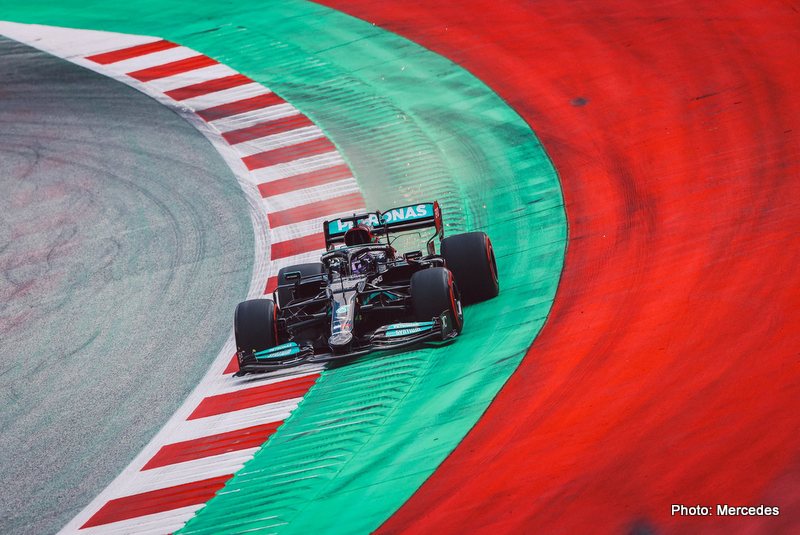 Lewis Hamilton hit back in FP3 for the Styrian Grand Prix by topping the timing sheets, more than two tenths clear of title rival Max Verstappen.

The Dutchman dominated proceedings on Friday, but warned afterwards that things would be close heading into qualifying and that looks to be the case, with Hamilton putting in the best lap time of the weekend so far with a 1.04.369.

Hamilton was quicker in sector one and two, with Verstappen fastest in sector three, but whether either driver was showing their true pace remains to be seen.

Both will likely play a part come race day, but look to be slightly adrift of their teammates when it comes to pace this weekend.

Our fastest sectors of FP3 🚀

Yuki Tsunoda was fifth quickest, marginally ahead of teammate Pierre Gasly in sixth, as AlphaTauri continued to look strong in their bid to finish as best of the rest in Austria.

Antonio Giovinazzi finished 11th, ahead of Esteban Ocon and Carlos Sainz, while George Russell ended up 14th after topping the session in the early stages.

Kimi Raikkonen was 15th, just in front of Mick Schumacher, while Daniel Ricciardo was the best-placed McLaren down in 17th.

The Australian finished FP2 second, so seeing him and teammate Lando Norris, who finished FP3 in 19th, so far down the order was something of a surprise.

Finally, Nicholas Latifi was 18th and Nikita Mazepin was 20th. 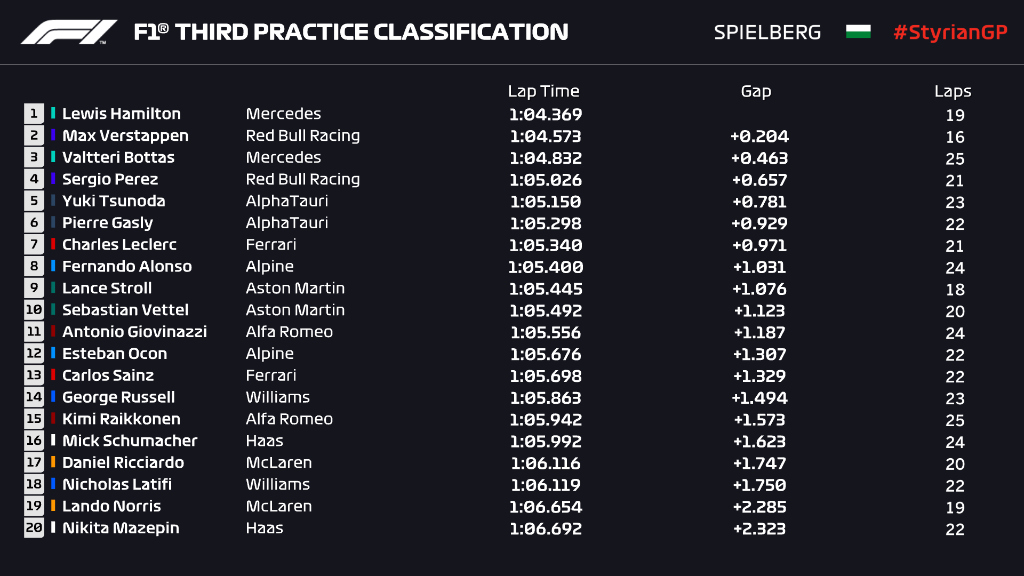