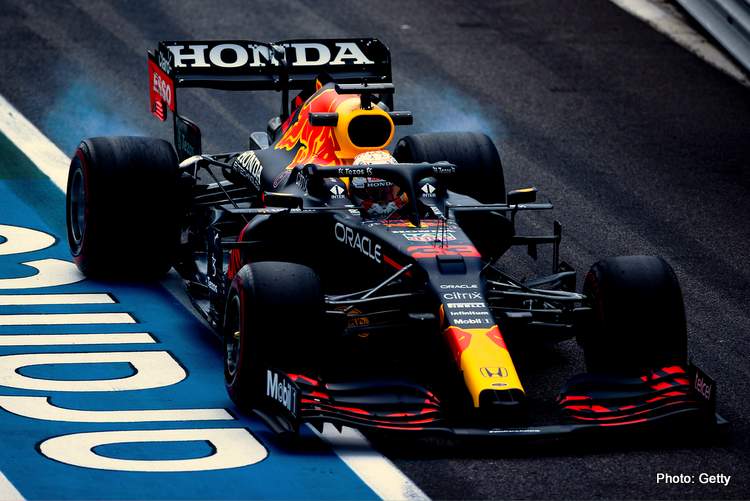 Max Verstappen is clearly intent on making up for his Azerbaijan Grand Prix misfortune by ending day one of the 2021 French Grand Prix fastest of all in the Red Bull.

The Dutch driver completed FP2 with the best time of 1:32.872s, fractionally faster than Bottas in the Mercedes with Lewis Hamilton a quarter of a second adrift of the top two.

Notably, Baku winner Sergio Perez could not find the sweetspot in the Red Bull and ended the day 12th and a full second down on his teammate’s benchmark lap time. However, indications are he was focusing on race pace – which was mighty today – while Verstappen sought hot laps.

For Le Castellet, Mercedes gave Bottas the ‘keys’ to a new W12 and the Finn promptly went fastest in the morning FP1 session, following that up with the second-best time in the one-hour afternoon session.

Bottas came under fire at Imola when he was caught fighting down with George Russell’s Williams, and we know what happened that day. What was he doing so far down in the first place?

Things got no better in Monaco and Baku prompting the Finn to question the integrity of his car. It was simply no match for what Lewis Hamilton and his W12. Bottas had never been this bad.

The team swapped chassis to pacify Bottas and his return to the sharp end today suggests he was correct to gripe after a well below-par weekend in Azerbaijan.

Worth mentioning is that Hamilton radioed and said: “Something is not right…”

Fernando Alonso surprised all with fourth place, a tad under half a second shy of the top time, in the Alpine which is proving handy for the team’s home race with Esteban Ocon sixth fastest.

Whether the French team is showboating on home turf remains to be seen, if not they have found something special for Sunday’s race.

Charles Leclerc split the blue cars in the timing screens in fifth, 0.678s down on Verstappen, but a tenth and a bit faster than teammate Carlos Sainz in eighth.

Best of the Honda-powered brigade was local hero Pierre Gasly in the AlphaTauri, a couple of thousandths faster than Sainz was enough to claim seventh.

Kimi Raikkonen was eighth fastest in the Alfa Romeo followed by Lando Norris who rounded out the top ten. Less than a second separated the top ten at the end of today.

Well out of contention, after Sebastian Vettel’s famous podium in Baku last time out, were Aston Martin with the German only good for 15th and 1.5 seconds down on the top time. Lance Stroll was 16th a couple of tenths slower than his teammate. (Brought to you by Powerplay) 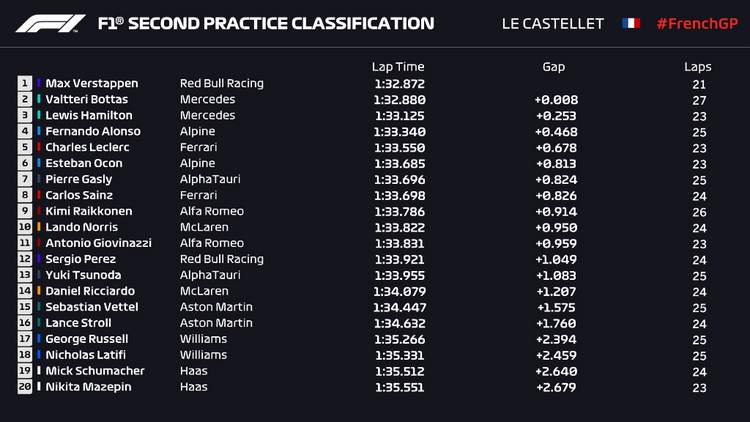 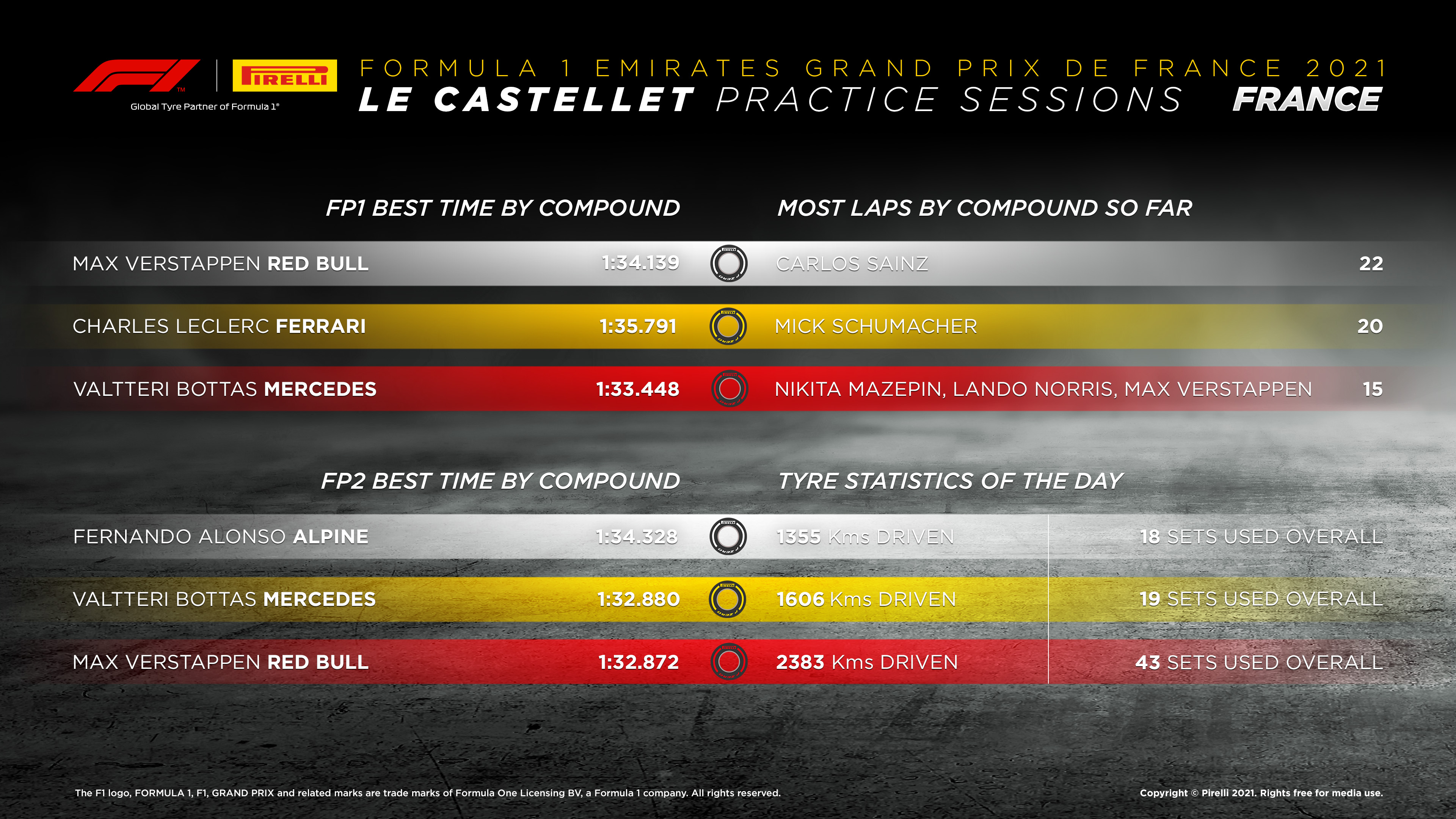