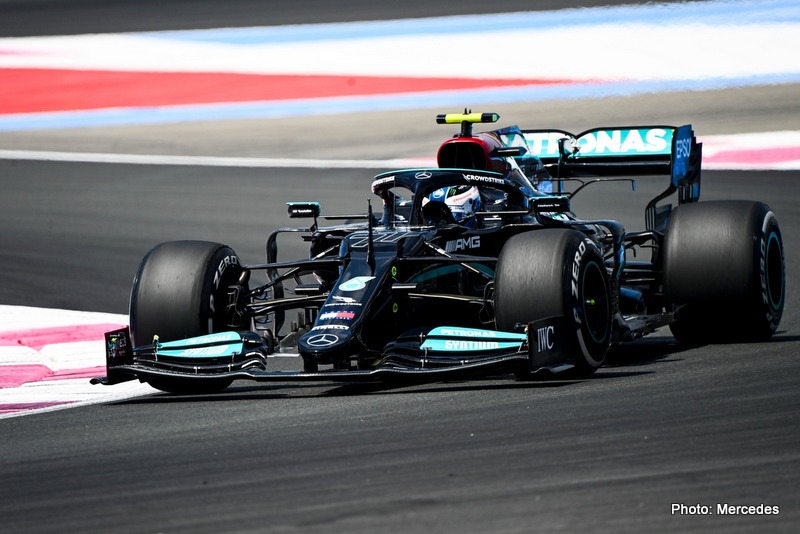 Valtteri Bottas topped FP1 ahead of the French Grand Prix, with the Finn more than three tenths clear of Mercedes teammate Lewis Hamilton.

The under-fire Bottas recovered from an early off to top the timing sheets, with Hamilton second and Max Verstappen third, 0.432 seconds off the leading pace.

Mercedes had struggled throughout free practice in Monaco and Baku, but were more like their usual selves on Friday on the Cote d’Azur, with Red Bull now on the back foot.

The session was punctuated by numerous issues as drivers struggled to get to grips with the French circuit, two years since it last featured on the Formula 1 calendar.

In addition to Bottas, Mick Schumacher, Yuki Tsunoda, Kimi Raikkonen, Sebastian Vettel and Carlos Sainz all experienced offs as they found their feet at the new Paul Ricard layout.

Sergio Perez was fourth for Red Bull, with Esteban Ocon fifth following the news that he had signed a long-term deal with team Alpine.

Daniel Ricciardo was sixth for McLaren, a positive start for the Australian, with Fernando Alonso seventh.

Pierre Gasly and Yuki Tsunoda were eighth and 10th respectively for AlphaTauri, separated by Lando Norris.

Charles Leclerc, who took pole position at each of the last two race weekends, could only manage 11th and was 1.502 seconds adrift of Bottas, with Alfa Romeo duo Antonio Giovinazzi and Raikkonen 12th and 13th.

Lance Stroll was 14th for Aston Martin, one place ahead of teammate Vettel, while Sainz was 16th.

Nicholas Latifi was 17th, with Nikita Mazepin clear of Haas teammate Mick Schumacher, and Roy Nissany bringing up the field as he sat in the Williams instead of regular driver George Russell. 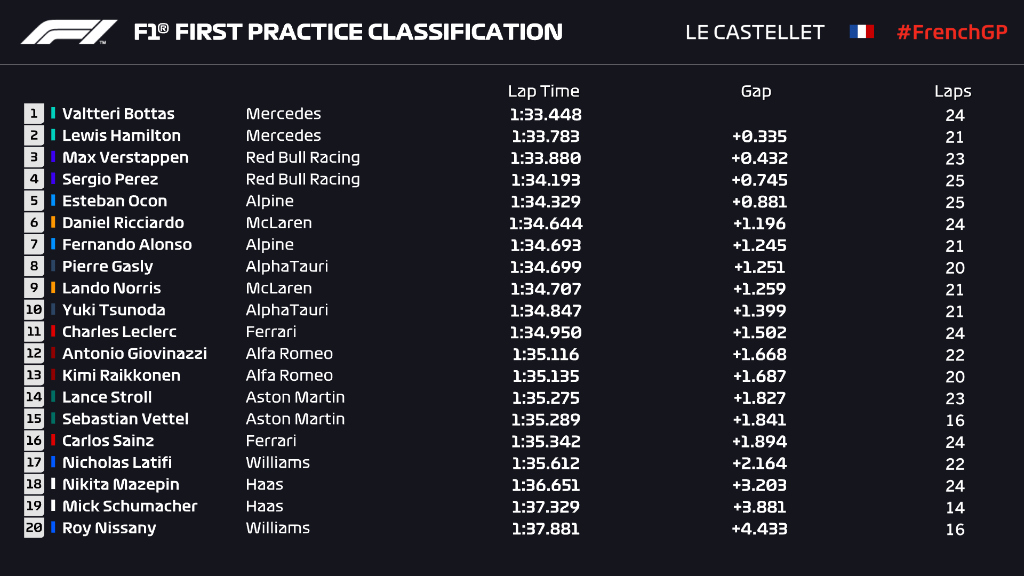