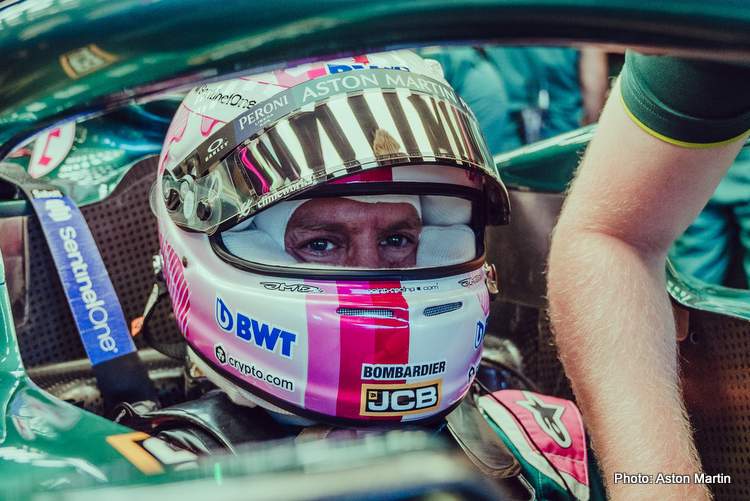 Seldom has there been a more popular podium finisher than Sebastian Vettel’s second place at the incident-packed 2021 Azerbaijan Grand Prix, now time will tell if he can keep that momentum going forward.

The Baku podium was important not only for the four-time Formula 1 World Champion, who finally rediscovered his mojo on the street circuit but also a milestone for the ambitious Aston Martin project – their first-ever podium.

For Vettel fans (make that F1 in general) it was an awakening of sorts and, more importantly, a timely reminder of why he is a 53-time Grand Prix winner. Memories of his cruel fall from grace at Ferrari and early season woes in Green are less vivid in the haze of his latest success.

And it should be noted that all the big hitters that were new to their teams this year, struggled to find the sweet spot early in the season. Very limited testing clearly impacted the induction process for the likes of Carlos Sainz, Daniel Ricciardo, Sergio Perez, Fernando Alonso and of course Vettel.

Somewhat poetically, Checo too was having teething problems with Red Bull, and he too delivered on that day of high attrition. That he and Seb, who replaced the Mexican at Aston Martin, were on the podium is priceless for the romantics out there.

For Vettel, Monaco provided the first ray of light, then Baku brought out the very best in him and with it relief: “You can argue that it takes off a bit of pressure but obviously the expectations, in general, are fairly high at the beginning of the year so it was good to get a good result and for [Baku], we were fairly open-minded.

“I felt quite comfortable in the car all weekend, which for sure doesn’t hurt, so hopefully we can carry that momentum into the next couple of events,” said Vettel of his race in Azerbaijan.

Heading to Paul Ricard, Vettel is optimistic: “It will be a normal track so we will see where we are but hopefully we can fight for points a little bit more regularly.

“We’re coming into this race on a high after the success of Baku. There’s been time to celebrate, but now I’m fully focused on maintaining our momentum in France.

“We’ve brought home a decent points haul in Monaco and Azerbaijan, and we need to keep up the consistent form in what is proving to be an extremely close midfield battle this year,” added Vettel in his team’s Le Castellet preview.

The German heads to the French Grand Prix this weekend where he will make his 264th Grand Prix start, seeking his 123rd podium in the top flight.

The big question is whether he will ever add a 54th F1 victory to his CV? Meanwhile, his main mission is to keep that momentum going.