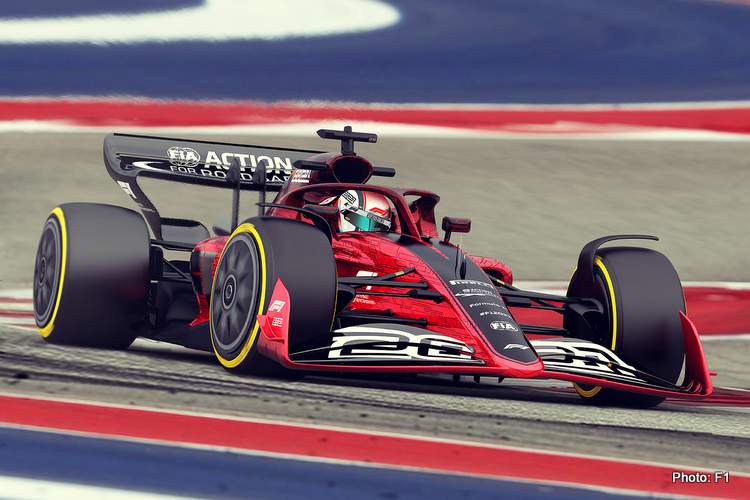 The concept has been divisive in that it has been both widely supported and condemned by teams, media experts and fans alike.

By the end of 1957 F1 had risen not only in popularity, but the level of competition in the championship had as well. Juan Manual Fangio had won five championships, all in cars made by different manufacturers. The level of competition between manufacturers had risen to such a level that the only way it was possible to gain a competitive advantage was to make technological advances in the way the cars were designed and constructed.

It became necessary to innovate.

Quite simply, technical innovation is part of the definition of F1.

It would simply take up too much time and space to run through the list of important technical innovations from which a competitive advantage was derived, suffice to say that most WCC’s have been won due to some sort of innovation that has given the competitive advantage. Further, all extended periods of domination in the history of the WCC are for the very same reason. Some of the innovations derived in F1 to win races have even flowed down into the road cars we drive today. F1 has been proven to be an R&D forum for the automotive industry more broadly.

The opportunity for a global manufacturer to show case its ability to innovate is the very reason for many wanting to become involved in F1. Innovation is one of the biggest market levers in selling cars and advancing the technologies they use in designing and manufacturing their products helps that. People do not just buy a new car on price point. Technology is cool and a big seller.

Formula One technical regulations have changed on a regular basis throughout the decades and usually for important motivations. The most important of those are for reasons of health and safety, but others have been made for commercial and sporting reasons.  F1 is not just a competition to decide a winner in a safe manner, it is a business to entertain and make money.

The introduction of an operational cost cap in F1 this year makes sense. The cost of operating a competitive team in the sport has become so extreme that even billion dollar global automotive giants question the value proposition that it presents, let alone the private or garagista concerns on which much of the sports heritage was built. It is only in the best interests of the health of the sport to keep costs under control to ensure its sustainability.

Whilst the intentions of cost capping and technical regulation of F1 is of a rational basis the fundamentals on which both championships were founded must not be overlooked. If a cost cap is in place, the spectacle is popular and viable and the sport safe, why do the regulators need to tell the teams how they should spend their money?

A cost cap in parallel with very prescriptive technical regulation limits the ability to innovate.

Why not have a cost cap in place and open up the regulations so as to ensure that innovation in F1 can continue?

F1 in the absence of innovation by definition simply is not F1 because the very reason the World Constructors’ Championship was founded was to promote technological development.

I am with Zak! Lets discuss this further, I’d like to know how you feel about this.