Villeneuve: A big mistake by Hamilton in Baku 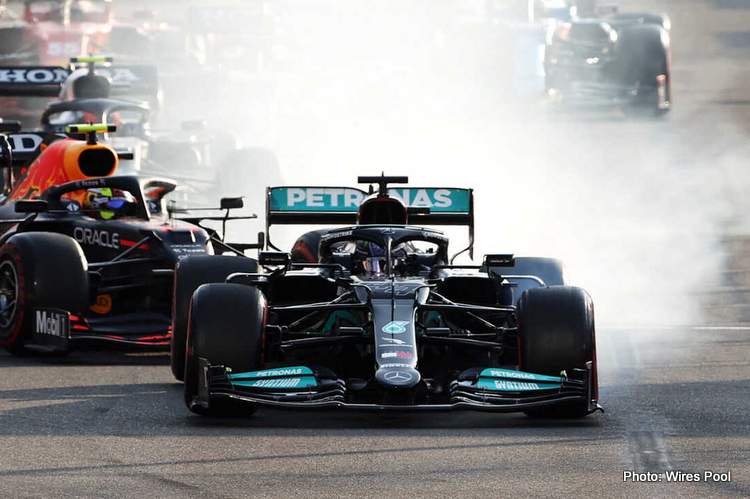 Like him or not, Jacques Villeneuve is a good Formula 1 pundit, if of course, you accept opinions not cultivated by influence and self-interest or political correctness, the 1997 World Champion did predict there would be more mistakes by Lewis Hamilton as the pressure ramps up.

After Imola, when the Mercedes superstar got it wrong and almost beached it at Tosa during the race. He managed to get out of the predicament and recover, with a dollop of good fortune, to finish second.

Villeneuve said at the time: “Lewis has rarely had to push to the limit in the past but this year it’s different. You can see that in the mistakes he made, he wanted to get through the field too quickly and was very lucky with the red flag.

“There will be more of this type of mistakes,” predicted the Canadian then.

Fast forward to Baku on Sunday, the latest error by Hamilton, while in contention for a podium if not a win at the 2021 Azerbaijan Grand Prix, proves the point.

Speaking to RaceFans after the race in Baku, Villeneuve said: “If you look at Lewis: Imola –  lucky, he should not have been in the points, he should have been in the back. But he recovers, finishes second because there’s a red flag at the right time. But he did make a huge mistake.”

Notably, immediately after the race Mercedes team boss Toto Wolff refused to accept that Hamilton can make a mistake, not mentioning the word once when discussing his star driver’s mishap.

Villeneuve continued: “Then [in Baku], that was a big mistake. Even though which and whatever, it’s a huge mistake. And in Monaco, he was not on it, he was way behind his teammate as well.”

This weekend, Bottas was virtually anonymous, never in contention for a top ten, inexplicable from a driver who won the 2019 edition of the same race.

Indeed Sergio Perez’s victory marked the first time that Red Bull have to solid drivers capable of delivering results, denied them since Daniel Ricciardo departed the team. It was a proper team effort with Max Verstappen backed by Perez to near perfection.

Then, when Verstappen was sidelined by the tyre blowout, Perez was able to pick up the baton and deliver victory. A turning point for the blues as they have two chargers in the hull.

In contrast, Bottas has been a fine wingman to Hamilton since he joined the team but, this past weekend, he went AWOL and is driving like a man who feels (or knows?) he won’t be at Mercedes next year. And the body language is oozing it too.

Although a one-two was denied them it is clear, heading to France next, that Red Bull are bossing this championship and Mercedes really chasing for the first time in the hybrid era. No crying wolf.

Villeneuve continued: “[Red Bull] deserve it because, if you look at it, the only mistakes Max has made this year is running wide in Bahrain, finishing second instead of first, and running wide in Portugal and losing one point for not getting fastest lap. That’s it.”

Three laps from the end of the race, with Verstappen in the medical centre and sure not to score points, Hamilton’s other option was to tuck in behind Perez, and if all else fails he would be on the podium and heading home with a dozen or so points lead.

Instead, this no score Sunday for both contenders means that, in terms of the title race, Azerbaijan was a dead rubber. Max still leads Lewis by four points, as he did after Monaco. However, with Perez doing the business Red Bull are now 26 points ahead of Mercedes. Up from a single point before Baku.

The margins have been so tight in this title fight, the Lewis vs Max will be decided by the driver who makes the least mistakes. And, as Jacques predicted, there will be more.