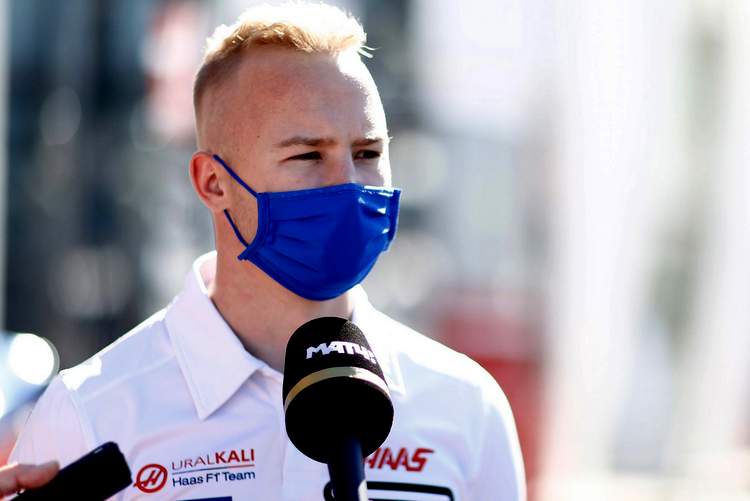 Nikita Mazepin may have to take a break in his Formula 1 career as the Russian army expect him to do 12-month mandatory military service at some point in the near future.

For the 22-year-old, like all males 18 to 27 years of age, 12-month military service is compulsory in Russia which may disrupt his journey in the top flight. Mazepin has also been forced to race with a neutral flag thanks to his country’s doping shenanigans.

The Haas rookie will be expected to attend regular training camps as part of his one-year conscription, which will be a tough ask for a driver committed to 23 Grand Prix weekends this year.

Under the banner of ‘Together again. The economy of a new reality’ during this past week’s St. Petersburg International Economic Forum, Uralchem boss and Nikita’s deep-pocketed father, Dmitry Mazepin told delegates: “Nikita has 23 races, and they tell him that he needs to join the army.

“They told him he had to be present at the training camp regularly, there would be no exceptions. He has a race every two weeks. How does he do it? Who do I ask this question to?

“And I’m not talking about Nikita Mazepin alone but about everyone, athletes and professionals in the same situation. The issue of education and sports is relevant,” TASS news agency quote Mazepin, majority shareholder and chair of Uralchem Integrated Chemicals Company, who spoke at the Forum.

If no arrangement is made to accommodate Mazepin junior’s career in F1, the harsh reality is he may have to miss races when he reports for his military service.

Avoiding the “universal military obligation” or “liability for military service” is a felony under Russian law and is punishable by up to 2 years of imprisonment.

The exceptions are to conscription are rural doctors and teachers, men who have a child younger than three years and full-time students who graduated from civil university and had military education as a subject. Mazepin ticks none of those boxes.

How this pans out remains to be seen. Money talks in most instances, as does influence but dealing with military may not be a pushover for the Mazepin camp who have paid handsomely to have young Nikita on the F1 grid.

An enforced lay-off to accommodate the Russian army is a spanner in the works that the beleaguered Haas team do not need and another obstacle the much-maligned Nikita hardly needs as he tries to build his career and reputation in the F1 spotlight.