Verstappen: Hamilton has had no real rivals recently 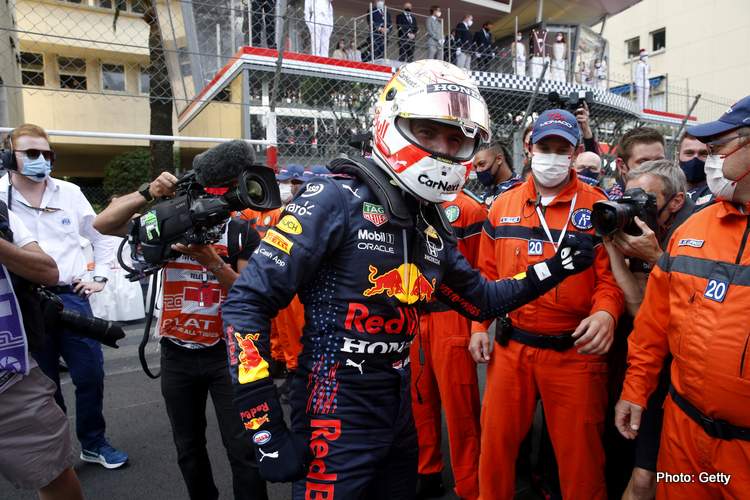 The war of words between Max Verstappen and Lewis Hamilton ramped up this weekend in Monaco, with Sunday’s race winner having a stab at his rival by questioning who the Mercedes driver has “really” beaten on his way to recent titles.

Mind games are in full swing between the two teams and their drivers, latest salvo came when Verstappen was asked by Gazzetta dello Sport for his thoughts on not having the mental strength to defeat seven-time F1 World Champion Hamilton this season.

Verstappen, who this year is a proper title contender for the first time, replied: “I think it’s bullshit. I’m mentally strong enough to know what to do to win.”

“As a team, we have to keep Mercedes under pressure if we want them to make mistakes.”

Which the World Champions did in spectacular fashion in Monaco on Sunday, but Verstappen was not finished: “Lewis has almost always beaten his teammate and that’s why I agree that he is one of the best drivers ever in F1.

“But, Mercedes has been so dominant in recent years that he has had no rivals other than his own teammate. I hope that this will be one of those rare seasons where the battle will last until the end of the year. We can win the title with Red Bull and that’s why I race.

“We had to show on Sunday that we really compete in the battle for the world title, after having had a few races where we saw that we lost ground at Mercedes. From now on it is important to score every Sunday and make the least mistakes.

“Until now we have been a team that has made fewer mistakes and that is why we are now at the top of the championship. I have learned to take second and third places when I don’t have the car to win.

“Your instinct would always say to try win, which would make you take too big risks,” added Verstappen who leads the F1 World Championship standings for the first time in his career after five rounds, ahead of the Azerbaijan Grand Prix.