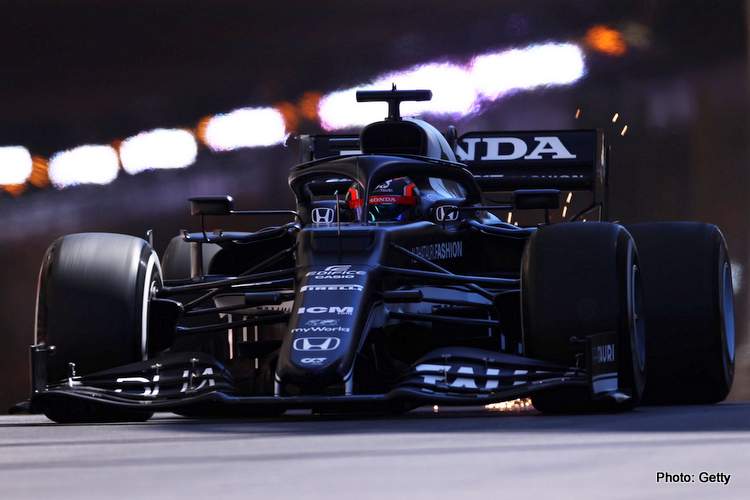 Yuki Tsunoda needed a day of maximum laps on his first visit to Monte-Carlo, and while the exciting rookie got his Monaco Grand Prix off to a good start in the morning, a little later in FP2 he messed it up.

It is hard to forget that sparkling night at the Bahrain Grand Prix when the Japanese driver won the hearts and minds of the Formula 1 world but the journey since has had a few pot-holes.

On Thursday in FP1 he did what he had to do and rack up miles on a track he only ever drove in its virtual state on a simulator or the F1 Game. He did 39 laps, which was more than most in the morning hour-long session.

But in the afternoon, he only managed 11 laps before the #22 AlphaTauri clipped the wall which damaged the suspension, ending his session far too early for a driver in desperate need of track time at the Principality.

“I’m not sure how much this will affect my preparation for the race, obviously a loss of running isn’t ideal, but I’ve got two sets of Softs for Saturday now so it’s not the worst case. I just need to prepare more for Saturday and put it all together when it counts,” added Tsunoda.

As impressive as he has been, Monaco is a great leveller where experience is rewarded as Pierre Gasly, in the sister AlphaTauri, was inevitably quicker and knows his way around the place as his fifth place in 2019 for Red Bull testifies.

Notably, at his Monaco debut in 2018 with Toro Rosso, Gasly finished an impressive seventh which, in the end, is the benchmark Tsunoda will be measured against.

Even at his best in FP2, Tsunoda was three-quarters of a second shy of Gasly suggesting there is a lot of work to do for the youngest driver on the grid.

“Due to the time it takes to fix this part of the car, that was the end of the day for him. It puts him a bit on the back foot ahead of Qualifying, but he’s still got another session to go on Saturday morning, so we’ll give him the best possible preparation,” he added.