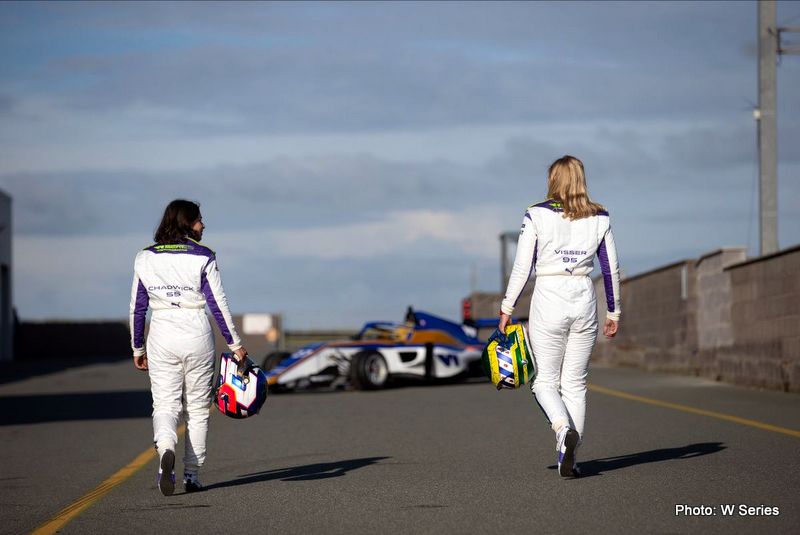 W Series pre-season testing gets underway at Anglesey Circuit in North West Wales today, as the drivers prepare for the 2021 season opener in Austria next month.

Following the rescheduling of the Formula 1 French Grand Prix, the opening race of the 2021 W Series season will now take place in Spielberg, Austria on 26 June in support of the Styrian Grand Prix.

With just 40 days until the lights go out at the Red Bull Ring, W Series’ drivers will be looking to make the most of this five-day test so that they can hit the ground running next month.

The revised 2021 W Series race calendar, in partnership with Formula 1, is as follows:

W Series CEO Catherine Bond Muir said: “I am overjoyed that the waiting is finally over and our drivers are back on track for W Series’ second season. If you had told me when Alice Powell won our last race at Brands Hatch that I would have to wait 646 days to see our cars on track again, I wouldn’t have believed you because our first season was such a resounding success.

“The postponement of our second season actually gave us time to accelerate our plans, and we return bigger and better in 2021 and ready for a new era of racing. Today we are just 40 days away from the first race of our landmark new partnership with Formula 1, which demonstrates not only the power of our mission but the excitement of our racing too.

“This week’s pre-season test is essential preparation for the challenges that our drivers will face this season, and a reminder of how tough the season is going to be. I know that every one of them is relishing the prospect of getting behind the wheel of our cars and bringing the W Series mission back to life again.”

As was the case in W Series’ inaugural season, all drivers will compete in Tatuus T-318 Formula 3 race cars, but with updated safety and reliability refinements. In addition, following feedback from fans and commentators in 2019, W Series is making it easier to follow the action and identify drivers by giving the cars distinctive liveries, some of which will be tested this week.

With the exception of South Africa’s Tasmin Pepper, 30, who is unable to attend the pre-season test due to travel restrictions, all of the drivers previously announced for the 2021 W Series season will be in Anglesey. They will be joined by the three additional drivers who have been invited to take part in the test: Abbi Pulling, Gosia Rdest and Caitlin Wood.

This week will also be the first time that Jamie Chadwick and Beitske Visser have shared track time since the dramatic conclusion to the 2019 season at Brands Hatch. Despite being overtaken for the final podium place by her title rival with three laps remaining, Chadwick held on to be crowned W Series’ inaugural champion in front of a packed crowd at the iconic Kent circuit.

Their thrilling fight for the title propelled both women into the upper tiers of motorsport. Britain’s Chadwick, 22, went on to compete in the Formula Regional European Championship and the new Extreme E series, while Dutchwoman Visser, 26, contested the 24 Hours of Le Mans after winning last summer’s W Series Esports League. Both women return to the W Series grid this year determined to get their hands on the top prize and the FIA Super Licence points that come with it.

“It is important that I get off to a fast start in Austria next month, so this week’s pre-season test is vital,” Chadwick.

“I have driven at Anglesey once before – in British F3 in 2017 – and the track is perfect for testing so I am sure we will all learn a huge amount over the five days.

“Retaining the W Series title is the goal this season, but it will be tougher than in 2019. The grid has more depth this year and the likes of Beitske Visser have gained lots of valuable experience in other series since the last W Series race nearly two years ago. Beitske will push me hard and be one of my main rivals for the title again.

“Through my work with Prema in the Formula Regional European Championship last year and my development driver role with the Williams F1 team, I have learnt so much about how to approach races and I hope that will make the difference this year. Racing at some of the best circuits in the world will be great, but winning at them will be even better and that’s the aim.”

“I can’t wait for the 2021 W Series season to begin and this week’s pre-season test in Wales is the most crucial part of my preparation,” Visser added.

“I haven’t driven at Anglesey before but, having sampled it on the simulator, it looks like a typical UK circuit – very technical and no run-off areas so that’s good for me.

“I’ve been competing in the World Endurance Championship so I feel like I’m in a good rhythm. Going back to single seaters will require a change of driving style but I’m confident I’ll be up to speed within a few laps. From there, the goal will be to complete as many laps as possible this week so that, when the first race of the season arrives in Austria next month, I can continue where I left off in 2019.

“As a driver, you are always looking to improve and, having finished second in W Series’ first season, there is only one step to go this year and I’m aiming to win the title. If I work hard and make no mistakes, I’m confident of achieving that. I’ve improved since 2019 but others have too. Jamie [Chadwick] is the defending champion and will be up there again for sure.”