Perez: Nothing comes naturally just yet 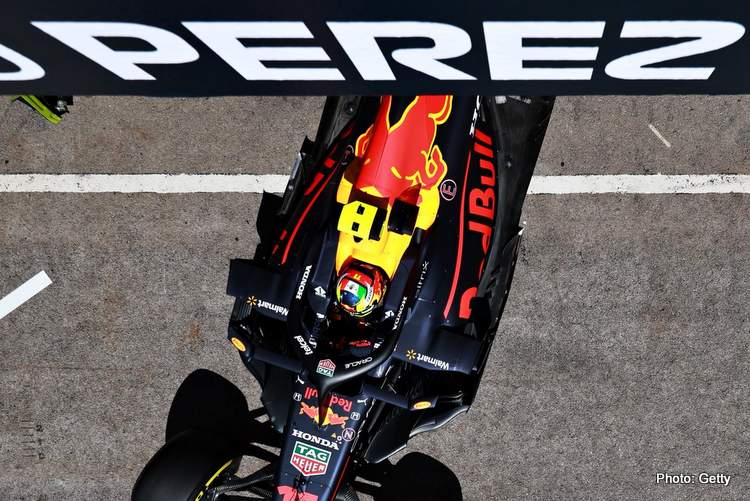 Three races into the season, Sergio Perez has provided insight into the difficulties of transferring from his former Racing Point team and Red Bull, where everything is new to the Mexican veteran.

The first three races of the season have been a baptism by fire for Perez, joining Max Verstappen’s team where the Dutchman rules the roost and is one of the quickest drivers on the grid, if not fastest of all on current form.

Relative to his predecessor Alex Albon, Perez has delivered but admitted to reporters, ahead of the 2021 Spanish Grand Prix, that he was far from comfortable in the RB16B and needs time to find the sweetspot in what is a race-winning car.

“Of everything I used to do, very few things work on this car,” Perez said on Thursday in Barcelona. “I have to adapt to a new style in the race, in qualifying and in practice, with different fuel loads.

“With every corner, nothing comes naturally just yet but to be where we are, being that close at Portugal, I was very close in race pace so definitely we see good progress in that regard.”

Perez is not trying to reinvent the wheel as he slots into the Red Bull garage, instead, he is dialling himself in and adapting to Verstappen’s setups to start with: “I am taking the approach of first adapting to the car, so I’m working on a very similar basis as my teammate.”

At the end of FP1 on Friday in Barcelona, Perez was slow out of the blocks while his teammate played at the sharp end among the Mercedes duo. Verstappen was second quickest, only 0.033s down on Valtteri Bottas’ top time.

Perez was only good for ninth, a massive eight tenths down on the sister car. Typically the 31-year-old has not been fast early in the weekend, with a tendency to get better with each session. Also, the extra hour axed from Friday’s schedule has done him no favours either.

The benchmark is high, but the signs are there that when he becomes one and familiarises himself more with his car Checo will deliver for Red Bull.

Perez will start his 195th Grand Prix on Sunday at Circuit de Barcelona-Catalunya, lying sixth in the F1 drivers’ standings after three races.