Brawn: Hamilton vs Verstappen has hallmarks of a titanic battle 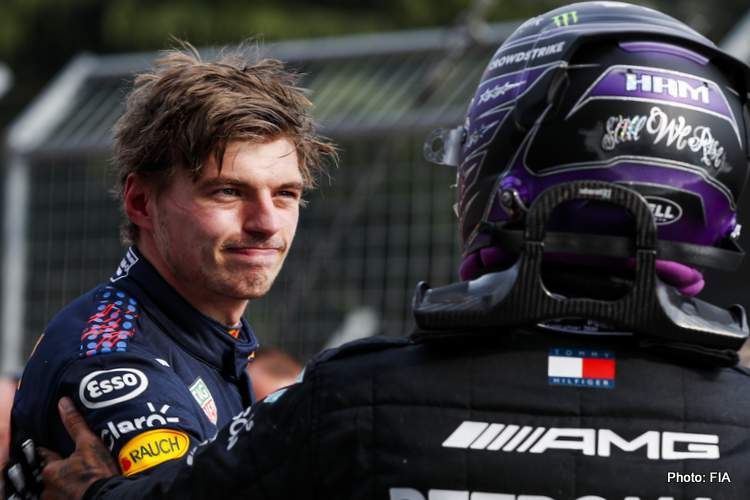 Two rounds down and it’s one-one, as Formula 1’s chief protagonists Lewis Hamilton and Max Verstappen battle it out for the 2021 World Championship title, for the Mercedes driver a record eighth for the Red Bull man his first.

After the action-packed and enthraling Emilia Romagna Grand Prix on Sunday, the pair emerged from the mayhem with Verstappen taking the win from Hamilton; much as the World Champion had done to him at Bahrain.

The tables were turned, the fight is on between the pair as their respective teammates went AWOL on a day of high attrition when the cream of F1 rose to the top.

F1 sporting chief Ross Brawn believes there is more to come from the pair: “This is going to be a tough championship fight – which is fantastic for Formula 1. In Hamilton and Verstappen, you have two guys at very different stages of their careers, battling it out with cars that are very well matched.

“It has all the hallmarks of a titanic battle, not least because I don’t think teams will be able to throw a lot of resources at this year’s car with the 2022 car in the works.

“There is so much focus on 2022, as the regulations are changing so dramatically, that I think what we see now is what we will get all season. This could be a golden year.”

Reflecting on the race, Brawn said: “The race was a bit hairy for Verstappen at times and he had a few moments – such as when he nearly lost the car ahead of the restart, however, he drove assuredly, stamped his mark and thoroughly deserved the victory.

“The fight into the first corner at the start, between him and Hamilton, was significant and set the tone for the race. I believe it was Max’s corner. He had the line, he had the place on the track. Lewis in retrospect may wish he backed out of it, especially considering the conditions.

“He would have been mindful of Sergio Perez as well, who was just behind, in what was a Red Bull pincer movements of sorts – and he was clearly trying to look for space where neither could get to him.”

“For Hamilton, it was one of those days that could count for a lot in a tight championship. He made a rare mistake but recovered well and is still leading the title race.”

With regards to the biggest talking point of the weekend – the Valtteri Bottas collision with George Russell – Brawn said: “There will no doubt be an intense post-mortem of the accident. The positive thing is that both drivers escaped unhurt and the cars held up on impact to show how far we’ve come regarding the safety standards.

“Imola is quite a narrow track so there’s not much space. When you add wet grass either side from the rain, it becomes very, very tricky.

“I’m sure both drivers will analyse the incident and learn from it but it did look like Valtteri drifted across and left George nowhere to go,” ventured Brawn.