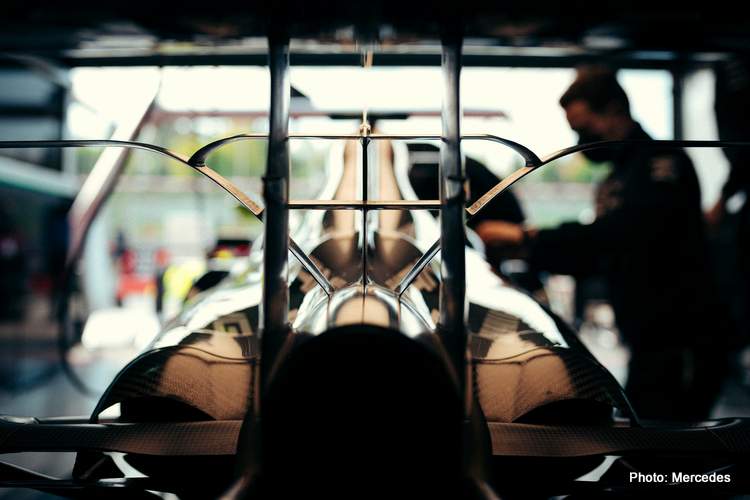 Lewis Hamilton stole the show in a thrilling qualifying session ahead of the 2021 Emilia Romagna Grand Prix at Imola with the top three separated by less than a blink of an eye.

Let’s crunch the numbers and figure out what’s really going on here.

It’s official, and it’s only taken two qualifying sessions for McLaren and Williams to be the first to dip into a lap time better than an equivalent time set last year with many others on the verge of doing so as well. Spectacular form from McLaren, and a continuation of good qualifying trim development from Bahrain, whatever it is they’re doing, it’s fantastic.

The most interesting news is Mercedes have lost two fistfuls worth of performance, showing significant and concerning losses in qualifying trim. It hasn’t worked out for Red Bull either as they have lost the performance delta they had in Bahrain to Mercedes.

In Bahrain, not only was Red Bull the most improved car of all having lost the least lap time in comparison to 2020, the delta in lost performance to Mercedes was 0.800s/lap in their favour. Red Bull have stumbled here showing sixth-best in year-on-year performance.

Subtracting today’s results of Mercedes +0.802 with Red Bulls +0.270 in development delta, it results in approximately 0.530s/lap compared to the 0.800s/lap they had on Mercedes in Bahrain.

Despite Mercedes having a car on pole, the numbers are not in their favour with the overall effect softened with a slight development slip in the Red Bull challenger.

It was another terrible session for Ferrari-customer cars both Haas and Alfa Romeo seeing Q1 exits at Imola. The previous race in Bahrain saw Scuderia Ferrari themselves recover approximately 50% of their 2020 performance loss after having lost approximately five years’ worth of development in 2020 alone.

As there is no 2019 relationship in lap times to evaluate their performance in Imola, Ferrari qualified seventh and fourteenth respectively in 2020, fourth and eleventh today, it would continue to suggest a 50% improvement on the 2020 loss.

Lando Norris, Valtteri Bottas, Max Verstappen are getting scored an error for extremely costly mistakes made under pressure. The tightest qualifying session we’ve seen in years has resulted in the impact of small errors translating into significant losses.

Norris lost his fastest lap due to a track limits infringement in what should have been a third-place start. Bottas being significantly faster in Q1 than Q3 sums up his Q3 implosion after failing to connect in the first sector twice in Q3. Max was +0.097 to Hamilton in sector one due to a minuscule error.

Verstappen has narrowed the magnitude of his mistake to nearly zero, he is undeniably Hamilton’s biggest threat, but until the mistakes become absolutely zero, he’s going to struggle in direct battle with Hamilton.

The two drivers starting on the front row tomorrow are the two of the top five that did not make a mistake, Lewis Hamilton and Sergio Perez, the divide is very clear. Points are paid on Sunday and with Mercedes, Red Bull and McLaren covered by less than a tenth in qualifying trim, no more excuses: “Have at it, boys”.

Other notable mentions: Charles Leclerc stomping his authority as Sainz continues to come to grips with the SF21. Nikita Mazepin gets the award for being the most outclassed by a teammate. Also, Esteban Ocon was nearly half a second quicker than Fernando Alonso.

This is what we’ve all been waiting for. 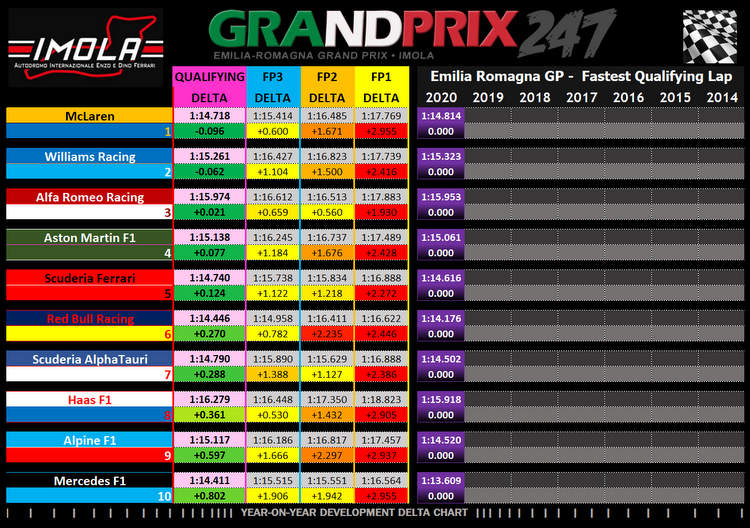