Ricciardo: I want to fight for a title as soon as next year 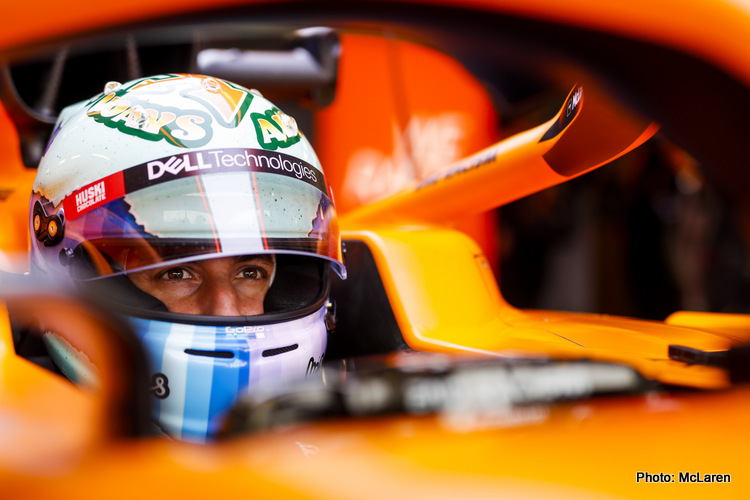 Daniel Ricciardo has said that he wants to fight for the world drivers’ championship “as soon as next year” following his off-season move to McLaren.

Since leaving Red Bull at the end of the 2018 season, Ricciardo has not had the machinery to challenge for race wins, while he has never had a truly championship calibre car underneath him.

However, with the impending introduction of the 2022 sporting regulations bringing hope that the existing field could be mixed up, the Australian is eager to achieve something of note with McLaren as soon as possible.

“Obviously I’ve done a bit of moving around the last few years,” Ricciardo told the official Formula 1 YouTube channel. “It’s not something I want to continue doing or plan on doing.

“It’s stressful and actually hard work so I feel like this team has already laid out a very nice foundation.

“And if I can build on what I can already see that they’ve got and personally achieve all of my goals here, then I think we can fight for a World title. Hopefully already as soon as next year.”

While personal accolades are the primary goal of any driver, Ricciardo admitted that playing a part in McLaren’s journey back to the front would mean a lot to him.

“I definitely want to get my own name on the some of the trophies in the MTC,” the 31-year-old  added.

“That’s one aim and I also really want to look back on the year and know that I have made a difference within this team.

“The team has created something pretty awesome, particularly in the last 24 months, and I really want to feel like I’ve contributed to that and ride the wave that they are on.

“But I want to do some of the weightlifting and maybe say ‘alright, this team has made another step because of my input, my drive and my determination’.”