Sainz: Feelings are better than result on Ferrari debut 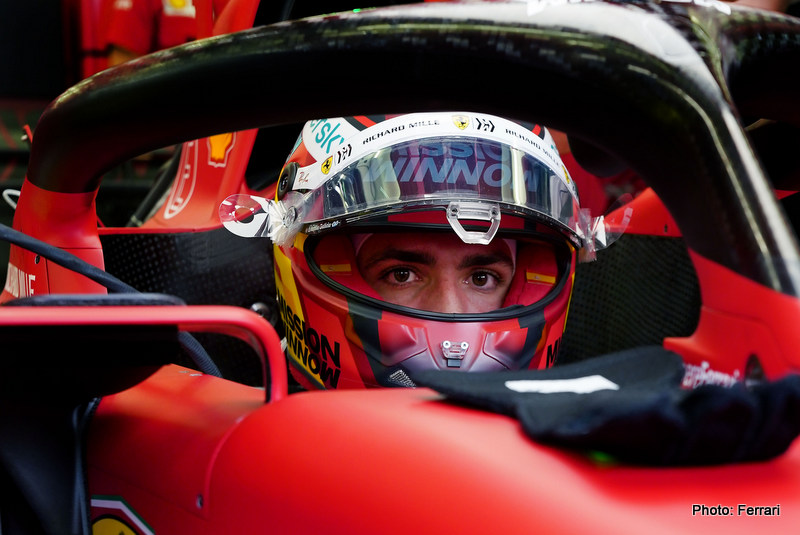 Carlos Sainz has vowed to be more aggressive on the opening lap in future races with Ferrari following his debut at the Bahrain Grand Prix.

The 26-year-old qualified eighth ahead of his maiden race with the Scuderia and finished in the same position at the end of 56 laps.

With pre-season testing limited, Sainz has been forced to acclimatise to his new environment quickly, with limited running in the 2021-spec car up until this point.

Reflecting on the season-opener at the Bahrain International Circuit, Sainz explained that getting to the end of the race was a priority, but added that he was satisfied with his pace on the medium and hard tyres.

“It was pretty good, really,” he told AS.

“In the first laps I lacked having that feeling with the car in dirty air. The fact that two slow cars passed me, like the Aston Martin and the Alpine, conditioned the first stint and I was very far from the McLarens.

“But I had a very good pace on the medium and hard tires and managed to come back, I would dare say I had a better pace than the McLarens. I’m going little by little, it’s up to me to have taken it easy on the first corners and the first laps. There will be time to attack at the starts as I did with McLaren, but it was important to complete this first race.”

Asked whether he was deliberately more restrained on the opening lap than he had been in the past, Sainz added: “Yes, much calmer than I would have done with McLaren, then I was one hundred percent on the attack and perhaps here I went too calmly because Stroll passed me. But I have been aware, I know that when I go into attack mode I will not lose positions, rather I will win them. I wanted to complete 56 laps to get to know the car and see my pace compared to the others. And with clean air, I have been very fast.”

Sainz will face a tough challenge this season against new teammate Charles Leclerc, but was pleased by how close he was to the Monegasque driver across the weekend.

“The feelings are better than the result, the feelings are very good regarding the car and the team because I have been very fast all weekend, perhaps faster and closer to Charles than I expected,” he said.