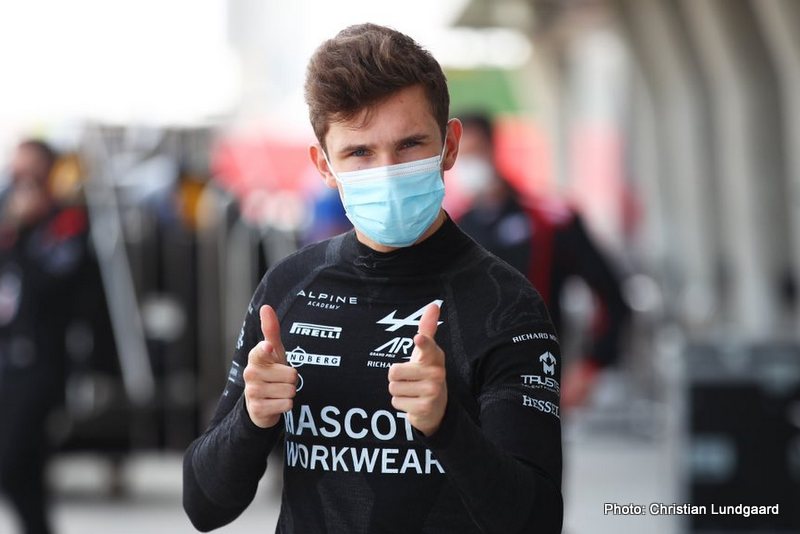 The Alpine Academy members had come fresh out of an intense duel in qualifying where Zhou pipped Lundgaard by just 0.003s.

Speaking in the subsequent press conference, Zhou mentioned that he felt it was one of his best qualifying laps in the series to date. Meanwhile, Lundgaard said although he was happy to make the front-row for Sunday’s feature race, “it hurts to be beaten so closely by your academy teammate”.

In the past week, it has been reported that Gasly is in talks to break free from Red Bull, and could join Alpine in place of Esteban Ocon.

Since joining Red Bull in 2019 off the back of an impressive debut season with Toro Rosso, Pierre has never felt comfortable under the watchful eye of Helmut Marko.

In his recent article for The Players Tribune, Gasly said: “It was a difficult time for me at Red Bull because I didn’t feel like I was really supported and treated the same way as others there have been. And for me … that’s something that I just can’t accept.

“I would try to offer solutions, but my voice wasn’t heard, or it would take weeks to see changes,” Gasly continued.

“I’m not the type of person to start stuff in the media, because I am truly grateful to Red Bull for the chance, as well as for everything they’ve done for me in my career. I really am. But I’m allowed to tell my truth.”

With the arrival of Yuki Tsunoda at AlphaTauri and Sergio Perez disrupting the usual Red Bull youth progression, Gasly seems to be looking for a way out through Alpine and, according to reports in the paddock, discussions have already been taking place.

Not only does this situation apply great pressure on Ocon, but Alpine’s academy drivers Zhou and Lundgaard. As is ever the case in F1, any movement would be highly dependent on driver performance in their respective championships, especially with regards to the academy members.

Both Lundgaard and Zhou have got off on the right foot, however, with their qualifying efforts on Friday evening, and now look to convert on that in the upcoming Sprint Races and Sunday’s Feature Race.

During the press conference, we asked both drivers how the rumours surrounding Gasly and the Alpine F1 seat would impact their approach to the 2021 F2 season.

“To be honest, my approach won’t change too much,” Zhou began.

“I am going to focus on my job in F2 this season and we have seen in the past few years that as long as you perform well in the F2 season, you have a good opportunity [of making it to F1] and it’s down a lot to the teams which drivers they take. All I can do is focus, do the best job I can on my side and we will see what happens in the future.”

Lundgaard added: “It’s pretty similar for me. We have to do our job in F2 and then it’s up to the guys in F1 to decide. I’m doing the best I can to outperform everyone that I can and show them what I’m worth.”

Whether the rumours are true or not, it is clear that the Alpine Academy members have been told that as long as they prioritise their efforts in Formula 2, then opportunities in F1 will arise.