Jackie Stewart: There will never be another Murray Walker 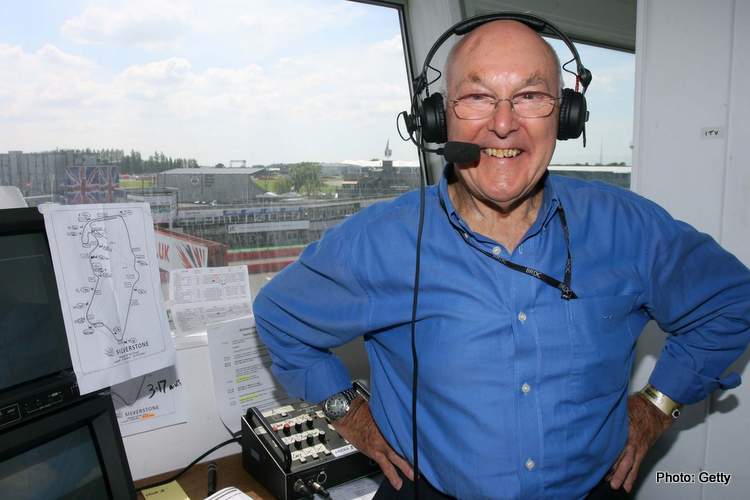 Following the passing of legendary Formula 1 commentator, Sir Jackie Stewart declared “there will never be another Murray Walker”  to aptly sum up the sentiments of everyone in motorsport.

The passing of Graeme Murray Walker aged 97, whose remarkable broadcasting career spanned more than half a century, was announced on Saturday evening.

He commentated on his first grand prix for the BBC in 1949 before going on to call Ayrton Senna’s intense rivalry with Alain Prost and Nigel Mansell’s 1992 title triumph.

When Damon Hill took the chequered flag at Suzuka to win the Japanese Grand Prix and become world champion in the early hours of an October morning in 1996, an emotional Walker cried: “I have got to stop because I have got a lump in my throat.”

Speaking to the Press Association, three-time F1 world champion Stewart said: “There will never be another Murray Walker.

“He is one of those people that will be remembered forever and not too many commentators could expect that to happen after their life.

“He was a gentleman of the sport, his command of the English language was huge, so too his excitement and his energy.

“It is a great loss. I spoke to him not that long ago. He was in a care home and we had a good conversation. There was no lack of Murray Walker.

“I don’t think many people knew he was not living at his home so I don’t think he had had too many calls. I was thrilled to get in contact with him.

“We are all at a certain age where we are seeing friends and colleagues slip away which is very sad, but in the case of Murray, he will never be forgotten.”

At the BBC, Walker was partnered by world champion James Hunt for 13 years before his death in 1993. The clash of personalities – Walker a consummate professional compared to Hunt’s rather laid-back approach – won over the public.

When Hunt died and Formula One headed to ITV in 1997, Walker, appointed an OBE the previous year for his services to broadcasting and motor racing, teamed up with Martin Brundle, whom he would work alongside for five seasons before his final race at the US Grand Prix in 2001.

Writing on Twitter, Hill said on Saturday night: “God’s Speed Murray and thanks for so much. The Legend will never die.”

1996 world champion Hill also told the PA news agency: “Murray has been with me for my whole life and I don’t think anybody thought this day would come, but sadly it has.

“Maybe old soldiers never die? His legacy and his memory is so strong, and what he gave to so many Formula One fans and number of people he affected he became bigger than the sport so we have got a lot to be thankful to Murray for.

“He cloaked all of my racing in his wonderful words and his commentary and his enthusiasm. He could emote the events that happened in our sport.

“The shocking moments and the dramatic moments all have Murray’s reaction to them and he made those events stick in your mind forever. He allowed himself not to be the know-it-all commentator, but the fan who, at times, got over excited.”

“For millions, he was quite simply the voice that captured the spirit of Formula One. Respected by drivers and fans alike, he will be hugely missed.”

James Allen, who succeeded Walker in the commentary box at ITV, added: “Deeply saddened to learn of the death of my mentor Murray Walker. Just shy of his century.

“We lived some great experiences together on the road, many laughs and endless stories. A life incredibly well lived.”

World champions Mercedes tweeted: “He was the voice of F1 to millions and his love, passion and positivity for our sport were unmatched. You will be truly missed, Murray Walker.”

McLaren, Britain’s most successful F1 team, said on Twitter: “Like millions of F1 fans, all of us at McLaren are deeply saddened by the news that Murray Walker has passed away.

“He brought our sport to generations by sharing his passion and knowledge with humour and humility. Our thoughts are with all who had the fortune to know him.”

Current Williams driver George Russell tweeted: “The voice of F1 and a true legend of our sport. His legacy will forever live on. Rest in peace, Murray.”