Hamilton: There’s no point in getting worried just yet 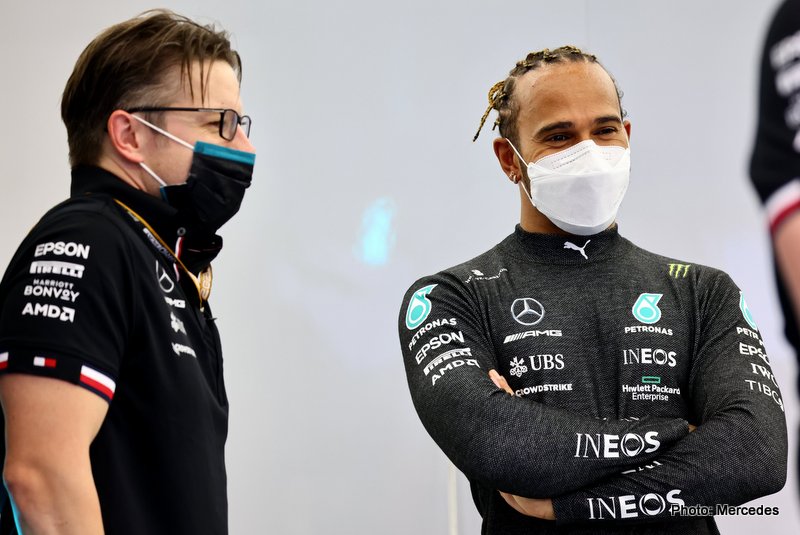 Lewis Hamilton is not worried about his inauspicious start to pre-season testing in Bahrain, despite the 36-year-old struggling to get on top of the W12 E Performance.

Hamilton had a dramatic spin on Saturday morning, completing 58 laps during the session with a best lap time of 1.33.399.

Gear box issues and the dusty conditions have limited the team’s running for much of the weekend, with some concerns developing about the new car’s rear end stability.

However, Valtteri Bottas appeared far more comfortable driving the Mercedes as he topped the afternoon session with the best time of testing so far, a positive sign for the seven-time world champion going into the last day on Sunday.

“I’ve done 60 laps, something like that, so it’s not a lot compared to other test days we would normally have,” Hamilton said following his run on Saturday morning.