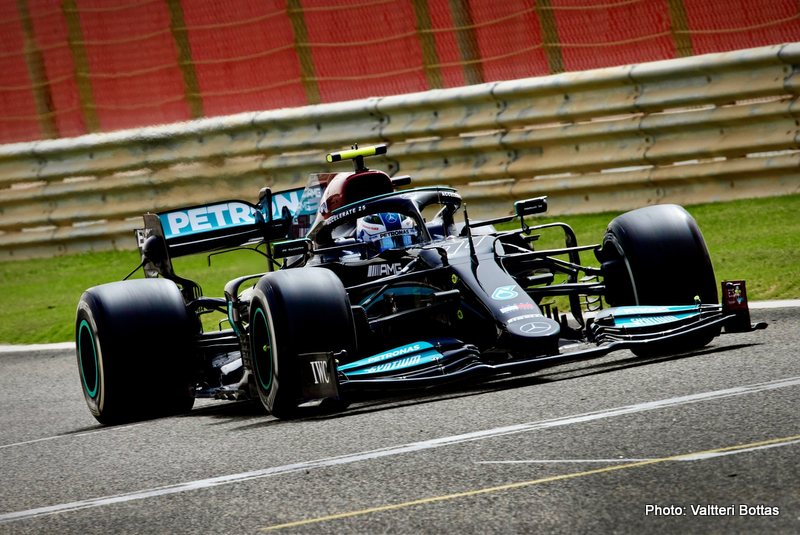 Valtteri Bottas set the fastest time of Formula 1 pre-season testing so far during the Saturday afternoon session as Mercedes bounced back from a difficult start to proceedings in Bahrain.

The Finn’s best lap time of 1.30.289 saw him beat the previous benchmark set by Max Verstappen on Friday afternoon. Bottas completed 58 laps in total during the four-hour session.

As was the case on Friday, the afternoon session seemed to bring the better of the Bahrain conditions and the faster times as a result, with morning leader Daniel Ricciardo finishing the day with just the ninth fastest time.

The teams started the session with the focus on long runs, but with less than an hour remaining most put on a pair of the softer C4 and C5 tyres for a qualifying simulation.

Pierre Gasly ended the day in second, just over a tenth back from Bottas, with the Frenchman completing an impressive 87 laps in the afternoon session alone.

Lance Stroll was less than half a tenth back from the Frenchman, as the Canadian provided a timely boost for Aston Martin. The Silverstone team had much of their morning running disrupted due to a gear box issue, but Stroll managed 70 laps during the afternoon session with a best time of 1.30.460.

McLaren and Lando Norris continued their strong run in pre-season testing with a fourth-place finish, while Antonio Giovinazzi was fifth. The Italian completed 125 laps across the whole day for Alfa Romeo.

A red flag was called out with just under 90 minutes of the session remaining after Perez and Latifi collided on the start-finish straight, with the incident leaving significant amounts of debris on the track. However, the Bahrain International Circuit marshals managed to clear the track quickly and both drivers were able to come back out onto track without any major delay.

Fernando Alonso rounded out the top 10 with a best time of 1.32.339, with the Spaniard completing an impressive 127 laps in total. Only Latifi managed more on Saturday with 132.

Mick Schumacher was last of the afternoon runners, with the Haas driver completing 88 laps and setting a best time of 1.32.883. 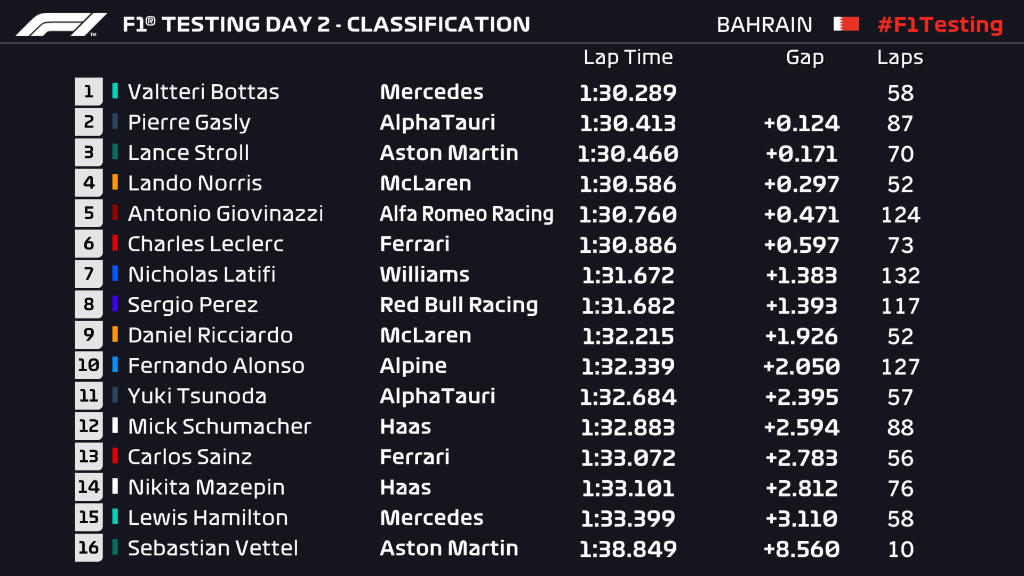 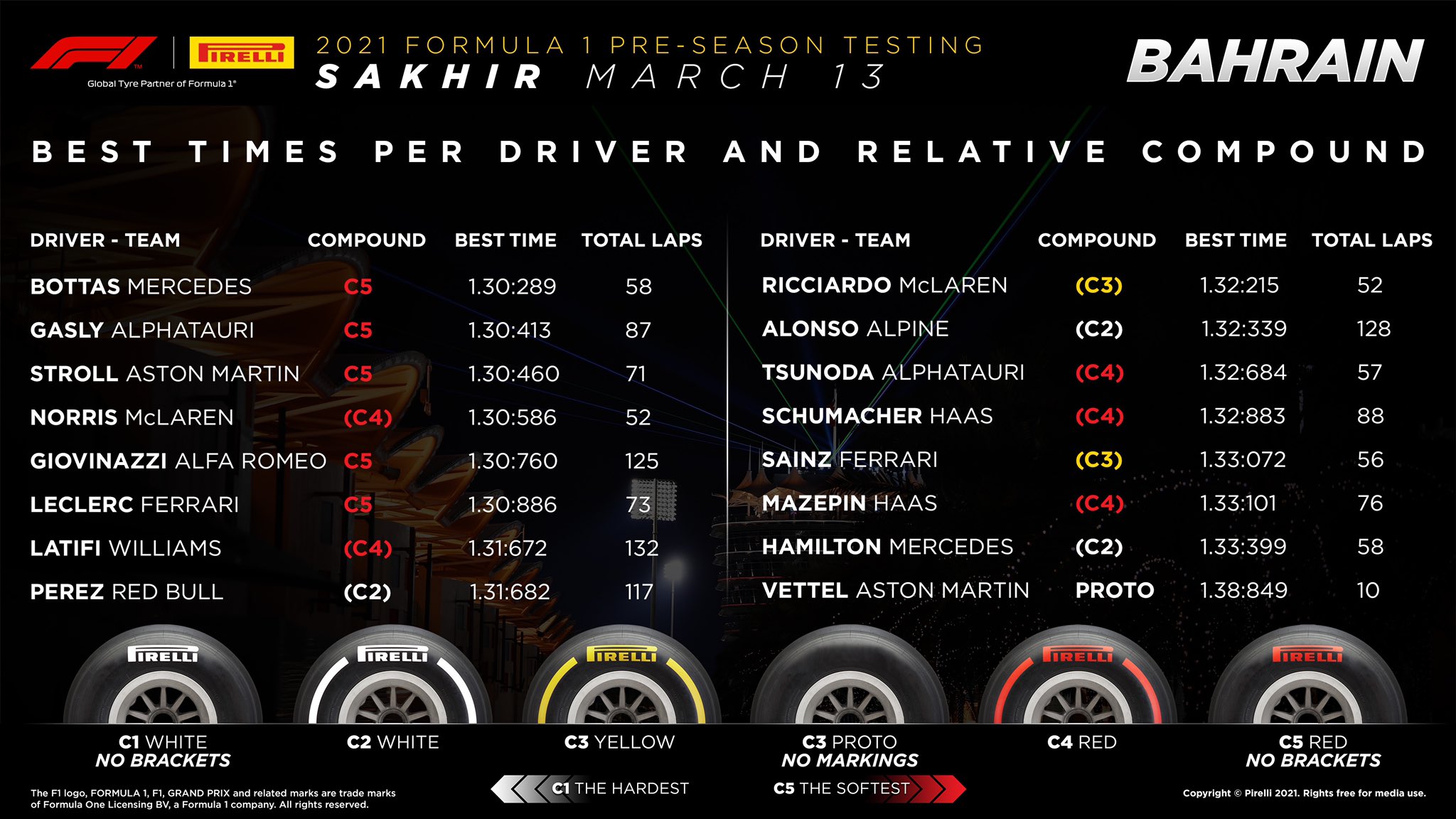 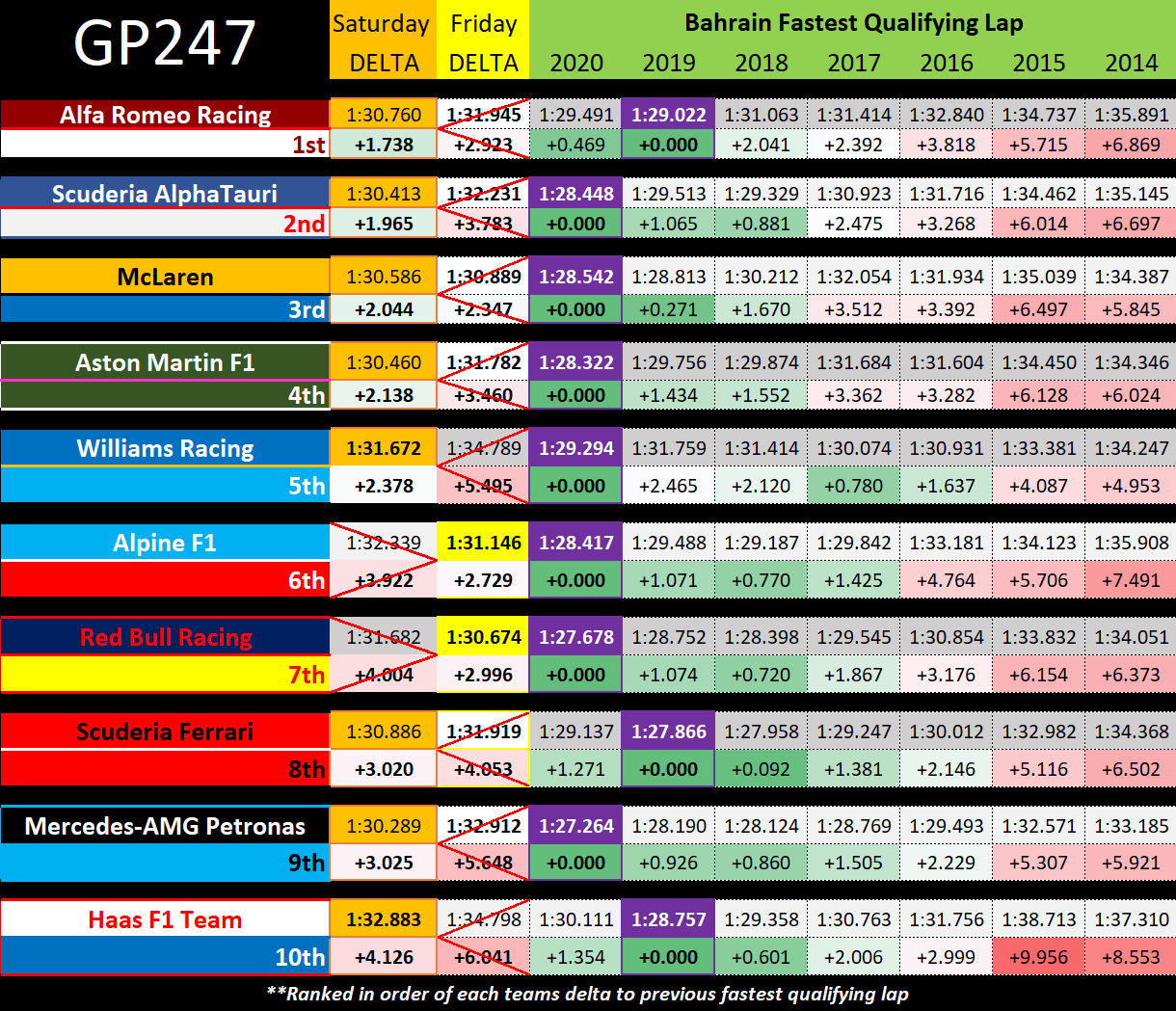