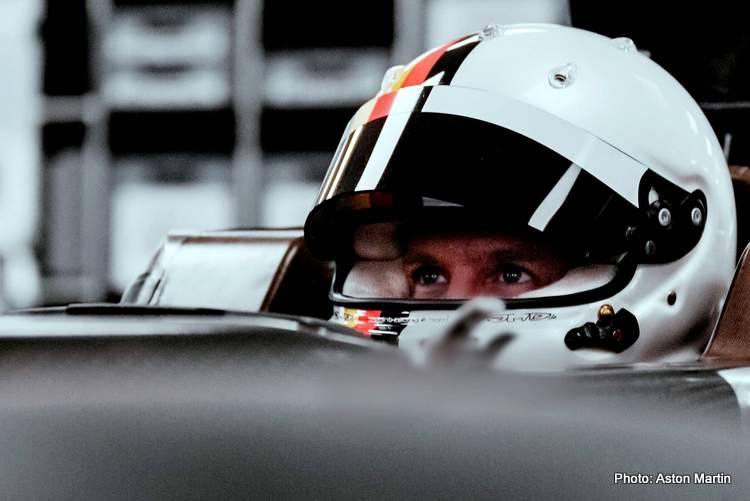 Sebastian Vettel begins an intriguing chapter in his illustrious career, spearheading the Aston Martin return to Formula 1 this season.

The German brings a whole lot of experience to the team, where he hopes to shut up the doubters and recover from the sharp dive in his form which he experienced during his last embarrassing year with Ferrari.

However, that chapter is firmly closed now, it has not taken Vettel long to settle in as team boss Otmar Szafnauer revealed in an interview with Auto Motor und Sport, “First and foremost, he can bring in the experience and working methods of his world championship days.

“He has already instructed our race engineers which data he needs to help us with the vehicle setup. He’s already helped us to improve the ergonomics in the cockpit.

“For example, where the switches belong and how they should be used to make the car easier to operate. He’s already driven in the simulator and compared it to others he knows. What’s good about ours? Where do we need to improve? We can work with that.”

The four-time F1 world champion is still feeling his way around the Silverstone based outfit after half a dozen years in the high-pressure labyrinth that is Maranello.

Szafnauer says there is more to come from their driver who also has shares in Lawrence Stroll’s team, “Sebastian had only been with us a few days. And already in this short time he has given us this useful feedback. He hasn’t even driven our car yet. We can still learn so much from him and thereby improve.

“Lance, who has far less experience than Sebastian in Formula 1, can also benefit from him. Just the other way around. Lance is a very talented and fast racing driver. Together they can bring our team to a higher level.”

Of course, Stroll junior is the raison d’etre for the entire operation, but at the same time, it is fair to say that this is far more than a vanity project for a billionaire and his son.

Szafnauer continued, “We must not forget that Sebastian was with Toro Rosso for a couple of years. That’s about the same team size as we have. And Sebastian has a great memory.

“He already suits us very well. We have the same philosophy of how we want to race. For us, performance is our top priority. We strive to have the fastest car possible. This also applies to other areas, such as the pit crew with the tire changes.

“We want to make the most of the races – including victories. That’s what it’s all about. And that’s exactly what Sebastian is about. Our racing philosophies are 100 percent the same. So we will work very well together to optimize our performance.

“We can offer him an environment in which racing is fun again. In which it is a pleasure to be in Formula 1. That’s exactly why most of us do this job. What does it mean to have fun? You can ask Seb that yourself.

Easier said than done. Vettel has had a woeful run of form stretching back almost two years. Last year was his worst full season in the top flight.

Ejected by Ferrari, the 33-year-old had nowhere to go until this project popped on the radar.

Prompting an obvious question: will Vettel ever get his mojo back? Is he lacking confidence on track?

“No, not at all,” insisted Szafnauer. “He’s already driving us. He is very inquisitive. He keeps asking us: Why do you do it this way and why not differently? In just two days he had so many questions. He not only asks us questions but also passes on his experiences. That is exactly what we need.

“We want to turn every stone to improve performance so that we can say in March that we made the most of our opportunities over the winter. Both Seb and us as a team. I don’t see a lack of motivation, no lack of self-confidence.”

In the age of lockdown and remote working Szafnauer explains how he stays in touch with his driver, “I speak to him regularly. He exchanges ideas with the engineers a few times a week.”

As for some test driving before the season starts in an older car as AlphaTauri and Ferrari have done for their drivers in the off-season.

Szafnauer explained, “It all depends on how you can travel. The plan is for him to come back to us before the tests. It’s only a few more weeks. We still have to update the simulator so that it can run the latest development specification.

“We are not a big team. For example, we lease our engines and transmissions. They don’t belong to us. We have to return them after the season. So we don’t have an old, drivable car that we can give him.”

As for the goals during Aston Martin’s return, the team principal ventured, “We want to start the season like we left off the last. We had the third-fastest car for long stretches. But we only finished fourth behind McLaren.

“We were unlucky. For us, it will be about smoothing out the downward swings. We need more consistency in scoring. If we can do that, we can become third. That has to be our realistic goal,” added Szafnauer.

You’re always in our hearts. Happy #ValentinesDay everyone. 💚 #IAMF1 pic.twitter.com/LTHAwKyxZb