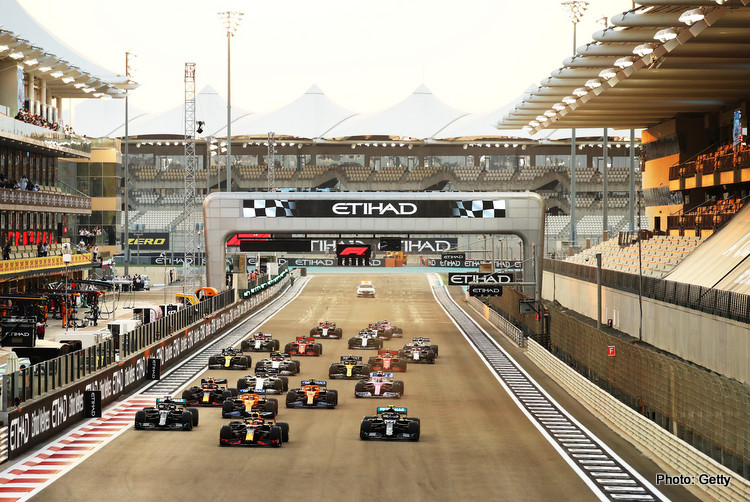 Formula 1 suffered a decline in its global audience and unique viewers during 2020, with falls of 4.5% and 8% respectively, although the sport’s social media presence continues to grow.

Overall, the sport had an average audience of 87.4 million per Grand Prix last year, down from 91.5 million in 2019. It remains up though in comparison with every other year since the start of the turbo-hybrid era in 2014.

There was strong audience growth in key markets including China (43%), the Netherlands (28%), the UK (10%) and Russia (7%), while the US audience saw a 1% increase. This comes amid dramatic falls in audience for a number of other US-based sports series, with 2020 Indianapolis 500 experiencing record low domestic viewers.

Overall, unique viewers were down 8% year on year to 433 million, while the cumulative TV audience fell from 1.9 billion in 2019 to 1.5 billion. This is likely the result of the number of races falling from 21 to 17 due to the COVID-19 pandemic.

The highest audience for a single race came at the Hungarian Grand Prix, with 103.7 million views tuning in worldwide.

However, F1 is the second-fastest-growing major sports league on the planet in terms of follower growth according to Shareablee. Overall, it has 35 million total followers and has seen by far the fastest growth in engagement compared to other major sports with a 99% increase in 2020.

In response to the findings, F1 CEO Stefano Domenicali said: “Last year was an unprecedented time for everyone and Formula 1 had to adapt to the challenges presented by the pandemic.

“We delivered 17 races, something many thought impossible earlier in the year. We did it safely and brought excitement and new races to our fans around the world.

“The audience figures for 2020 show the strength and resilience of our sport, with average audience figures in 2020 at 87.4m and a total season cumulative audience of 1.5bn. We had strong growth figures in China, the UK, Netherlands, Germany, and the USA, combined with the huge boost in our digital figures.

“We saw only a marginal reduction in TV audiences, caused by multiple reasons but clearly driven but a shortened and limited geographical calendar compared to 2019, but something every major sport has experienced in 2020. We are proud of what we delivered in 2020 and know we have an incredibly strong fan base and audience platform to grow in the coming years.

“We are delighted our fans feel a strong satisfaction with the sport, our season, and the way we responded to the global pandemic. We are looking forward to the start of the 2021 season after the winter break and we know our fans are as excited as we are to get racing.”