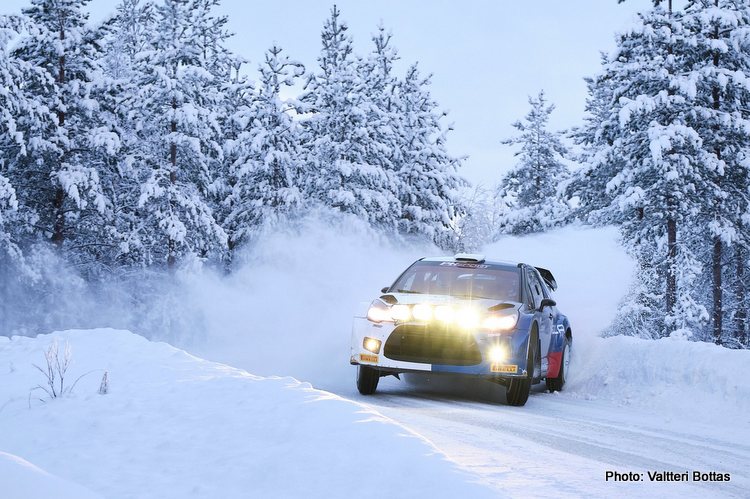 Formula 1 driver Valtteri Bottas finished sixth in the 2021 Arctic Rally on Sunday, his third consecutive top 10 finish at the event.

Alongside co-driver Timo Rautiainen, who guided around the Arctic Circle course, the Finn moved up from eighth at the end of day one to secure a class podium finish and P6 overall on Sunday.

This year’s race was run over just seven stages, rather than the usual 10, with Bottas finishing 3 minutes and 48 seconds adrift of eventual winner Juho Hänninen.

The result was an improvement on last year for the Mercedes man, who came ninth in 2020. However, his best result to date came on his debut in 2019, where he finished fifth driving a Ford Fiesta for M-Sport.

Speaking ahead of the event to Pirelli, Bottas said: “I always feel that when I go rallying, it kind of backs up something else in terms of your driving skills. I think it’s important to keep your car control skills in a good shape during the winter break so for me, it’s certainly a benefit.”

Whether the experience will help him take a further leap in his F1 form in 2021 remains to be seen, with the Finn now facing the threat of Williams driver George Russell, who impressed on his Mercedes debut at the Sakhir Grand Prix.

Bottas has now lost out to Lewis Hamilton in four consecutive seasons but said he was still chasing his dream in 2021.

“I’m hoping for a more ‘normal’ season and I’m of course hoping for better results,” he added.

“I feel like I had quite a bit of bad luck last year but there were also races where I could have done better. So I hope that I can better than I was last year and chase my dream to become world champion. I’m working on all the little details and looking forward to a busy, busy year: especially with 23 races.”