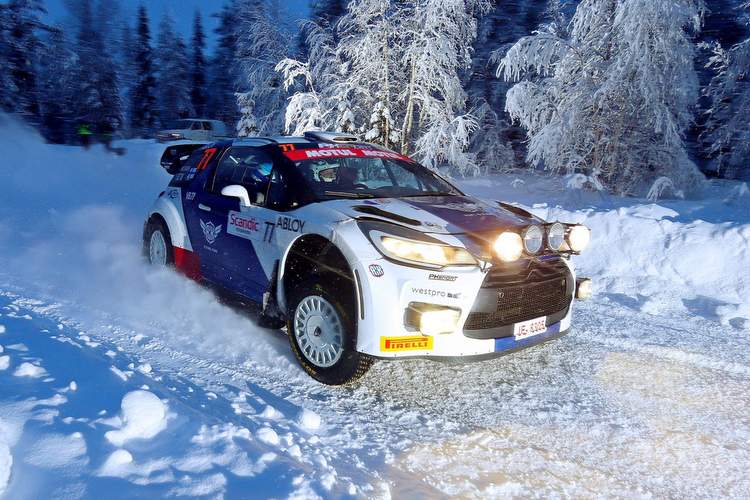 It was the Finn’s second appearance at the event also known as Tunturiralli. Last year he finished fifth in his debut but, this year at the wheel of a Citroen DS3 World Rally Car, he had some issues on the first day that dropped him down the order.

Bottas reported, “After a messy day one and 22nd overall we managed to get back into top ten with Timo, although completely new and challenging conditions for me, the visibility was really bad and there was a lot of fresh snow on the track, and I learned a lot. And had fun.”

In December, the 30-year-old took part in the Rallycircuit Côte d’Azur where he took overall victory with five stage wins at the wheel of the Citroën DS3 WRC.

After a messy day 1 and 22nd overall we managed to get back into top 10 with Timo although completely new and challenging conditions for me. Learned a lot. And had fun 💪🏼