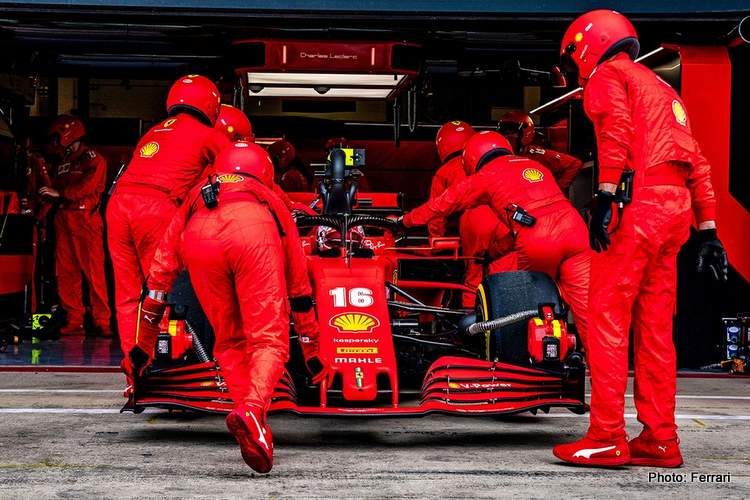 Ferrari boss Mattia Binotto ditched four-times Formula 1 World Champion Sebastian Vettel to sign up Carlos Sainz in his place and with it bank on youth over experience.

The highly-rated Spaniard will partner Maranello’s prize-stallion Charles Leclerc, combining for one of the least experienced partnerships in the team’s history, who traditionally head-hunted top drivers to pilot their cars.

Ferrari have never really explained the decision-making process that resulted in the current line-up, suffice to say that Seb had sunk to the lowest form in his career and, of course, there is tremendous faith in Leclerc who Binotto believes has the beating of none less than Lewis Hamilton.

Starting with the Seb axing, the Italian explained, “I think Sebastian is a great person, a great driver, and we had some great moments together; but I think it was time to take a different decision and to move forward.

“We will have a very young line-up in the future, the youngest Ferrari line-up since 1968, but those two drivers, Charles and Carlos, are very strong, very talented, and even though they are young they have some good experience in F1. So I’m very happy for the choice.”

While some have assumed that ‘The Two Charlies’ show will be about Charles getting support from Carlos, the stark reality is that it is highly unlikely that the son of rally legend has ever intentionally played second fiddle to anyone.

Likewise, Binotto dispelled the notion of driver hierarchy, at least to start with, “There is not a number one and number two, they will have equal opportunities – certainly at the start of the season. I’m pretty happy then that they are free to fight.

“Later in the season, let’s see how things will progress, let’s see what objectives individual drivers can maybe achieve and if we need to adopt a different strategy but at the start of the season they will be free to fight.”

Inevitably the subject of Lewis Hamilton racing for Ferrari was broached, to the Italian team boss said, “I don’t think there will be regret because at the end when we took some decisions, we took them thinking they were the right decisions and today we have a fantastic driver like Charles where we invested a lot as Ferrari.

“I think he’s got a lot of talent. If he’s got the right car, I’m pretty sure he can challenge Lewis Hamilton. We’ve made our choices, and I think together with Carlos we are very strong. I don’t think there will be any regret,” added Binotto.