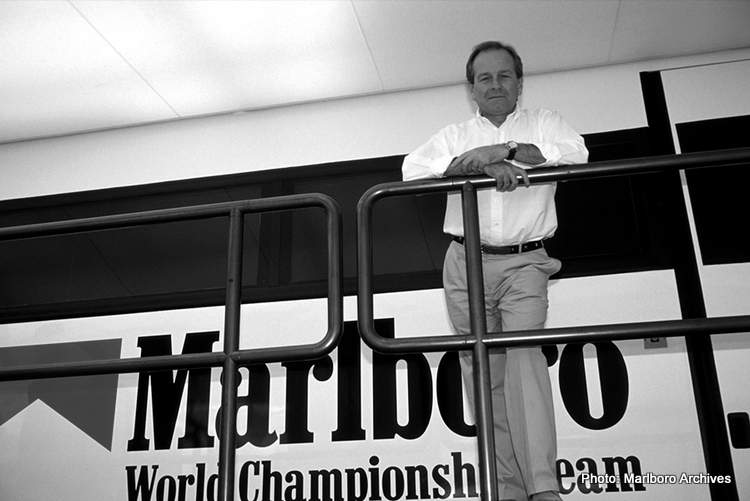 The former Philip Morris head of sponsorship was one of the first people to popularise advertising and marketing within the sport, putting together iconic and historic deals between Marlboro and leading teams such as Ferrari and McLaren that continue to influence the sport to this day.

At one point 40% of the F1 grid bore the Marlboro branding with driver deals and full team sponsorships. His influence in that respect is still felt today, albeit low-key as the man was himself.

His legacy continues as Ferrari continue to be well backed by Philip Morris money to this day, while the racing business models and strategies set the benchmark that is still followed today in motorsport across the globe.

McLaren CEO Zak Brown, a protege of Hogan, tweeted in the wake of the news breaking:

I wouldn’t be where I am today without John Hogan and there are many in the sport who would say the same. Respected by everyone, he taught and advised me wisely. My deepest sympathies to Annie, Ally and Andrew. RIP Hogie pic.twitter.com/d7AciF3MsM

Hogan was also involved in helping to develop young drivers through the ranks, perhaps most notably James Hunt and Mika Hakkinen, while he played a key role in Ron Dennis’ takeover of McLaren in 1980 and subsequent hiring of the likes of Niki Lauda, Alain Prost, Ayrton Senna, Gerhard Berger and Michael Schumacher.

Many race drivers and team personnel owed their livelihoods to the Hogan-authorised cheques that kept them racing during that era of our sport.

The Australian left Philip Morris in 2002 and spent a year with Jaguar as sporting director before retiring in 2003.

I’m very sad to hear of the passing of John Hogan, Marlboro’s ’Mr F1’, who facilitated the #F1 sponsorships that financed not only McLaren & Ferrari but also many F1 drivers along the way, including some of those who raced for other teams. Oh & he was a lovely guy. #RIPJohnHogan pic.twitter.com/cbO9NGHhLV