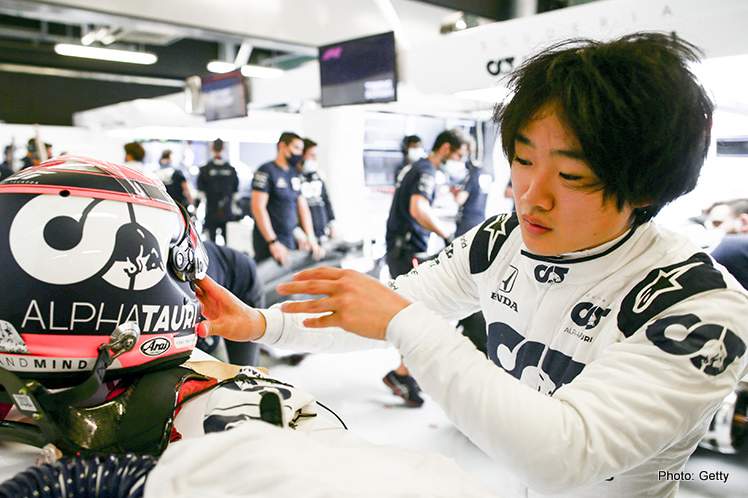 The worst kept ‘secret’ in the Formula 1 paddock is out of the bag, Japanese young gun Yuki Tsunoda will replace Daniil Kyat at Alpha Tauri for next season, joining Pierre Gasly in the Red Bull junior team for 2021.

It has long been expected that Daniil would be ousted after another lacklustre season in the top flight for a driver who has had a hot and cold partnership with Red Bull. But in 2020, when he should have consolidated his position with the team, he was well beaten by his teammate.

One also had the impression that the Russian was well aware that his days with the term were numbered, despite improved performances in the latter half of the season his services are no longer required.

In contrast, 20-year-old Yuki has had a stellar 2020 Formula 2 season in among a quality field and is highly rated by Honda who have bankrolled his junior career, and Red Bull who have been warming the seat for him at AlphaTauri.

The 2018 Japan F4 Champion, finished third in this year’s F2 championship and this week is testing with his new team. On

The last time a Japanese driver raced in Formula 1 was when Kamui Kobayashi took part in the 2014 Abu Dhabi Grand Prix.

Yuki is part of both the Red Bull Junior Team and the Honda’s Young Driver Programme and finished third in this year’s FIA Formula 2 Championship driving for Carlin. That result means the 20-year-old from Kanagawa, Japan, qualifies for a Formula 1 Super License.

After winning the F4 Japanese Championship in 2018, Yuki moved to Europe the following year to compete in the newly-formed FIA Formula 3 Championship, ending the season in ninth position with three podiums and a win.

He graduated to Formula 2 for 2020 and enjoyed a successful season, amazing seven podiums, two Feature Race victories and a Sprint Race win. He recently covered 300 kilometres in a 2018 Formula 1 car during a test at the Autodromo Enzo e Dino Ferrari Circuit in Imola, as well as driving for us at the Young Driver Test in Abu Dhabi on 15 December.

Franz Tost: “Red Bull has been following Yuki’s career for a while now and I am sure he will be a great asset to our team. Watching him in Formula 2 this year, he has demonstrated the right mix of racing aggression and good technical understanding. During the test in Imola in November when he drove our 2018 car, his lap times were very consistent over a race simulation, he progressed throughout the day and gave our engineers useful feedback. In addition, his integration with the Honda engineers has been seamless, which certainly helps. At the test in Abu Dhabi this week, he proved to be a fast learner and that he is ready to make the step to Formula One.”

Yuki Tsunoda: “Like most racing drivers, it has always been my goal to race in Formula 1, so I am very happy with this news. I want to thank Scuderia AlphaTauri, Red Bull and Dr. Marko for giving me this opportunity, and of course everyone from Honda, for all their support so far in my career, giving me great opportunities to race in Europe. I must also thank the teams that I have raced with to get to this point, particularly Carlin, with whom I have learned so much this year. I realise that I will be carrying the hopes of a lot of Japanese F1 fans next year and I will be doing my best for them too.”