Verstappen: We did everything right, a perfect end 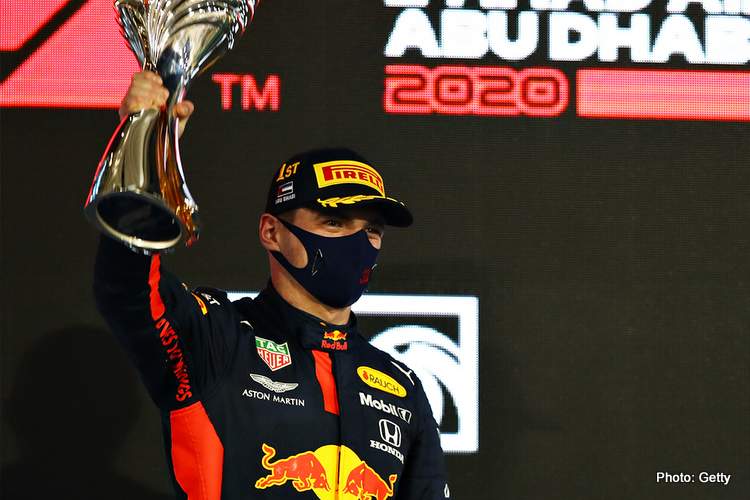 When Max Verstappen is good, he is great; single-handedly he took apart Mercedes at the 2020 Formula 1 season finale Abu Dhabi Grand Prix on Sunday.

The Red Bull driver started from pole position after stealing the top spot start from the black cars on Saturday to deliver a dominant victory at Yas Marina 24-hours later.

With it, he broke Mercedes’ remarkable run of wins at the plush venue stretching back to 2014, and the Dutchman will go into the off-season on a high, after a year that promised much but in the end, Red Bull and Honda did not give I’m the ammo he needed to consistently do more than trouble the World Champs.

“We did everything right. I saw [Mercedes] were dropping off behind so I could take it a bit easier overall. It was a very strong race for the team. I enjoyed that I won. I will enjoy the podium and then will enjoy going home.

“It has been a very enjoyable two days which we didn’t really expect coming into the weekend. Being on pole was already great but to win here is a perfect end to the season for us all.

“The tyre management was good and the car had a nice balance which made it very enjoyable to drive. I expected a very tough fight today but I think we managed everything very well and there was never really a moment where I felt under pressure which is a pretty good feeling.

“To finish the year off like this I’m of course very happy with and I just hope we can start next season competitively, so we can be there right from the start, as we want to be able to try and fight for the championship but for that we need to start strong.

“Everyone in the Team and at Honda has worked so hard the whole year to improve the car and this is a really good boost going into the winter and I hope everyone gets to celebrate tonight.”

Max is now a ten-time Grand Prix winner, becoming only the 24th driver to hit double-digit victories in the top flight and now lies 34th on the list of all-time F1 winners.

As he crossed the finish line at Yas this afternoon, his engineer retorted: “What a way to close a season. Really fantastic, mate”; team boss Christian Horner added “Absolutely clinical.”

Even Mercedes F1 boss Toto Wolff was gracious in defeat, “Congratulations to Max and Red Bull; they were worthy winners today and the quickest combination this evening.”

As was the team’s second-placed driver Valtteri Bottas, “Congratulations to Max and Red Bull on the win. They were just too quick today and we couldn’t quite keep up with them.”