Vettel: I often see myself in Leclerc 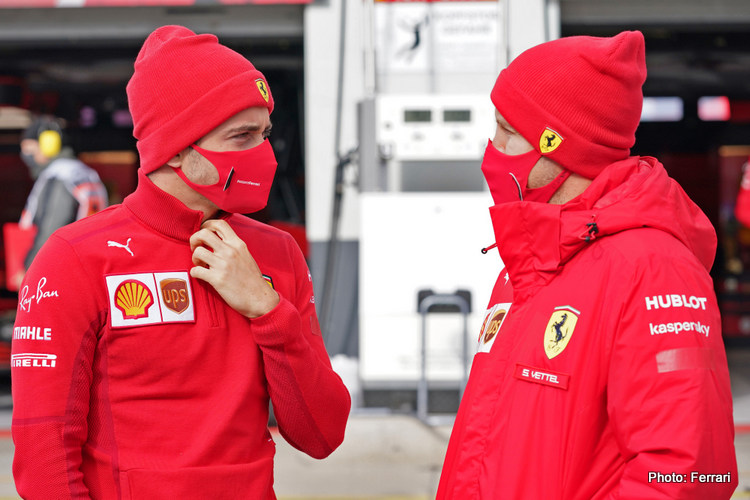 Sitting in third with less than a lap to go, Leclerc unsuccessfully tried to pass the Racing Point of Sergio Perez for second, inadvertently opening the door for Vettel to replace him.

Afterwards, a furious Leclerc lambasted himself on team radio, but Vettel says the young Monegasque shouldn’t be so concerned with one missed podium.

“I think having Charles as a teammate, I often see myself in him,” he explained. “He’s a lot younger, he’s very quick and I think the fact that – and I haven’t had the chance to talk to him yet – but I will tell him later that being on the podium or not actually is a bit irrelevant for him.

“He has so many years ahead of him and so many podiums to come, which I’m sure of.

“It’s right that he is angry. He did a mistake and lost the podium that way but, as I said, in the big picture it’s probably irrelevant for him.”

And while Leclerc has replaced Vettel as Ferrari’s lead driver over the past 18 months, the German insists that there is no animosity or extra satisfaction in him scoring a result at the expense of his teammate.

“I think I’m mature enough, I never let this kind of stuff really heat up and get between us,” he said. “I’m happy for anything that he achieves and will achieve in the future because he’s a good kid.

“Obviously it was a very tough race and I think all of us were very close to losing it completely at various stages in the race. Obviously it’s extra painful when it happens in the last lap.”