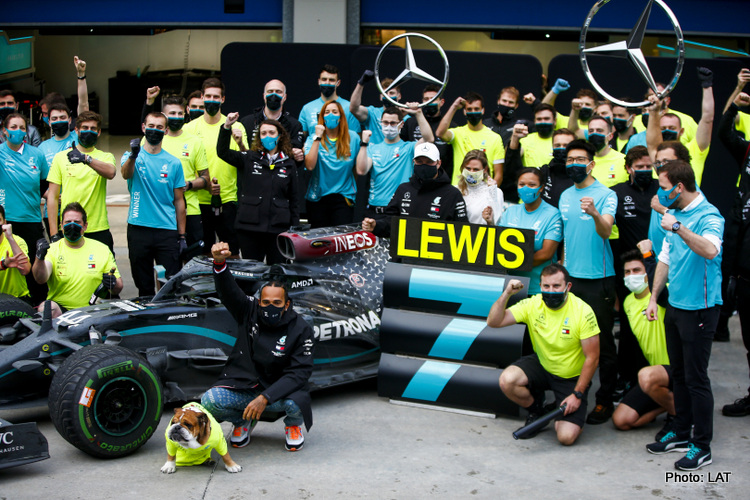 Including his first title in 2008 with McLaren, all seven of Hamilton’s championships have been won with Mercedes power, with the overall relationship stretching back even farther to his days as a junior.

“Huge congratulations to Lewis on this seventh World Championship – what an incredible achievement! Lewis has been a part of our Mercedes family for over 20 years now,” Källenius said. “He joined us as an incredible karting talent; today, he’s one of the best drivers of all times.”

The central figure behind Mercedes unprecedented run of seven-straight constructor’s and driver’s championship doubles, Hamilton is out of contract with the team at the end of the 2020 F1 season, but Källenius suggested his company is looking forward to continuing to work with the Briton to advance his interests both on- and off-track.

“Lewis keeps improving even when it might seem like there’s little left to perfect, and I’m excited to see where else his journey will take him.

“It’s not just Lewis’ development on track that is impressive, but also his inspiring journey off track. Lewis has become a passionate advocate for more diversity and inclusion. He has also taken tangible steps to support this important cause. As a team and as a company we stand with him.